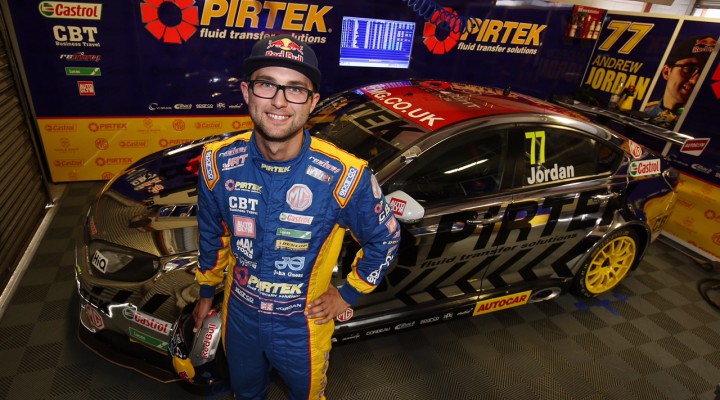 Andrew Jordan is running a special one-off livery at Snetterton this weekend to celebrate his brand new three-year deal with sponsors Pirtek, which will take him up to the end of the 2018 season in the BTCC.

“This is something cool that Pirtek wanted to do to celebrate our new three-year deal,” said the 2013 champion. “It is something different from what everyone is used to seeing. The usual Pirtek livery is very bright and well-known and in my opinion it is the best livery on the grid.

“This new colour scheme is very much out there and even more eye-catching, it looks fantastic. We wanted to do something that we won’t do again and make it special. I’ve always wanted to do a chrome car and Pirtek’s ambassadors were immediately behind the idea when we first started talking about it.

“Our new three-year deal says a lot about mine and my Dad’s relationship with Pirtek, but also the championship in what it offers to sponsors.”