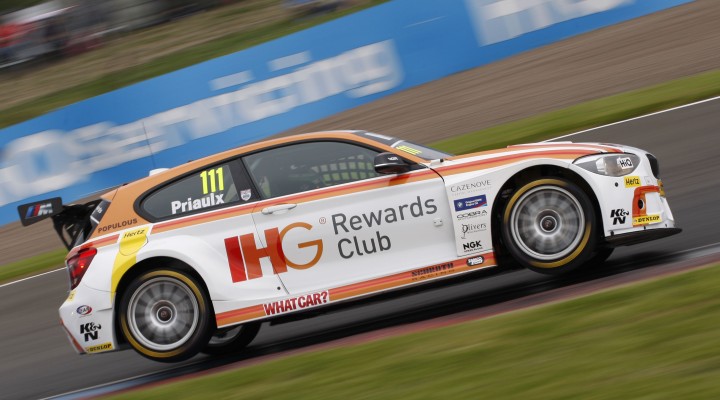 Andy Priaulx has today (24 August) confirmed that he will miss the Rockingham event of the 2015 Dunlop MSA British Touring Car Championship. The race-winning Team IHG Rewards Club® driver has been competing in both the European Le Mans Series (ELMS) and the BTCC, and  is in contention for overall honours in both lying fourth in ELMS and sixth in BTCC.

At the beginning of the season it was known that amazingly only one weekend of the two championships clashed, being Paul Ricard in ELMS with Rockingham in BTCC the weekend of 5th/6th September, naturally questions have been asked about which would take priority given the mathematical chances of winning.

Priaulx commented after this weekend’s Knockhill BTCC rounds: “Whilst gut wrenching to miss any racing, my works programme was defined long before we committed to BTCC, naturally we would want to win both championships for BMW and we still can, however I will be racing at Paul Ricard continuing my commitment to bring home the ELMS trophy”

“This does not mean a lack of commitment to BTCC and even missing Rockingham we will have a suitable replacement to help us in our challenge for the manufacturers trophy, I have always been loyal to my contracts with BMW and my sponsors IHG Rewards Club® and it’s great challenging for two championships, it’s a nice problem to have.”

The IHG Rewards Club® Team and West Surrey Racing bosses will shortly be announcing who Andy’s replacement will be for the one race meeting at Rockingham.