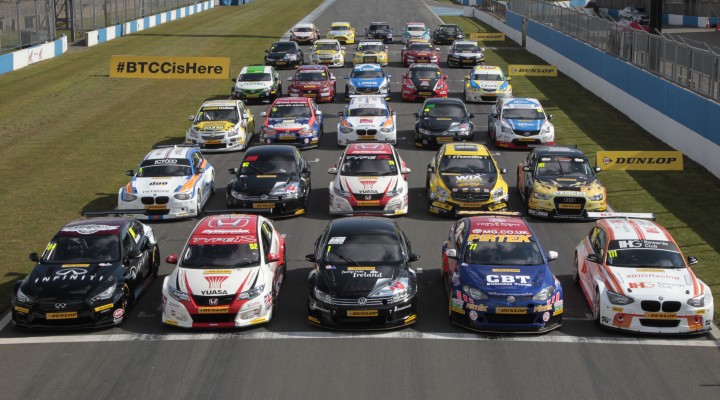 The 2016 Dunlop MSA British Touring Car Championship will kick off with its Season Launch event at Donington Park on 22nd March.

It will be the fourth consecutive year in which the Leicestershire circuit has hosted the annual event with its Paddock Suite providing the perfect backdrop to the day’s official media responsibilities.

The entire BTCC line-up will be introduced to the hundreds of journalists and photographers present, before a Championship press conference, TV filming, official photography and driver interviews complete the morning activity.

The afternoon will mark the first opportunity for fans to see the latest crop of cars and stars on-track together using Donington’s popular and demanding National Circuit, with the only official pre-season test session.

More information on the 2016 Season Launch will be provided over the coming months with fans again being welcomed to the former Grand Prix circuit FREE of charge from lunchtime onwards.

Exclusive competitions and giveaways will also be launched in build-up to the event with some fans gaining money-can’t-buy-access to the full day.

Christopher Tate, Managing Director of Donington Park, said: “We’re delighted to welcome back the BTCC for its annual Season Launch in 2016. The fact that this will be the fourth consecutive season that Donington Park hosted this important event is testament to how well it has been received by everyone involved in the BTCC, as well as the media and fans alike. It’s a fantastic way to launch what I’m sure will yet another unforgettable season for the BTCC and Donington Park.”

Confirmation of the Season Launch date completes the 2016 Dunlop MSA British Touring Car Championship calendar of events. Please see the information below and make sure you save the dates!