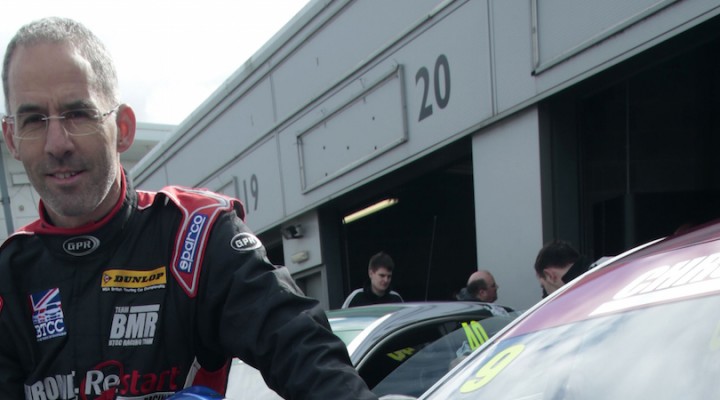 Former double BTCC champion Alain Menu will return to the series this weekend (10/11 October) after it was confirmed by Team BMR RCIB Insurance that he will replace the injured Warren Scott.

Scott suffered two fractured vertebrae as a consequence of his high-speed accident during free practice at Silverstone last month, which forced him out of the event.

The Team BMR boss has since been to see the highly acclaimed sports injury specialist, Brian Simpson, in a bid to make a return for the Brands Hatch finale. After receiving laser treatment Scott visited a consultant at the John Radcliffe Hospital on Friday, where it was unfortunately decided that he must remain in a back brace for a further six weeks.

With the news ruling Warren out of contention for the season finale he was quick to make a decision on his replacement. “I called Alain on Friday on my way back from hospital to invite him to drive as my replacement,” he said. “I am absolutely gutted that I’m not going to be in the seat myself as it would have been a great end to an amazing year. Alain is the natural choice to replace me and I am very grateful to him for stepping in.”

Alain drove with Team BMR in 2014 and has remained an integral part of the team this term, working as mentor to Warren. Alain knows the VW extremely well and has attended all of the team briefings at the BTCC rounds thus far, witnessing first hand the progress and development of the car throughout the year.

“I am grateful to Warren and Team BMR for asking me to make a comeback in the BTCC at Brands Hatch,” enthused Alain. “The circumstances are unfortunate due to Warren’s injury from Silverstone and it’s going to be a big challenge to be competitive as I haven’t driven for a year, but at the same time I am excited to be back.”

Team BMR RCIB Insurance remains in the hunt for glory in four championships this weekend – chasing Drivers’, Teams’, Independent Drivers’ and Independent Teams’ titles. Swiss superstar Alain will will race with the #9 on his VW CC.