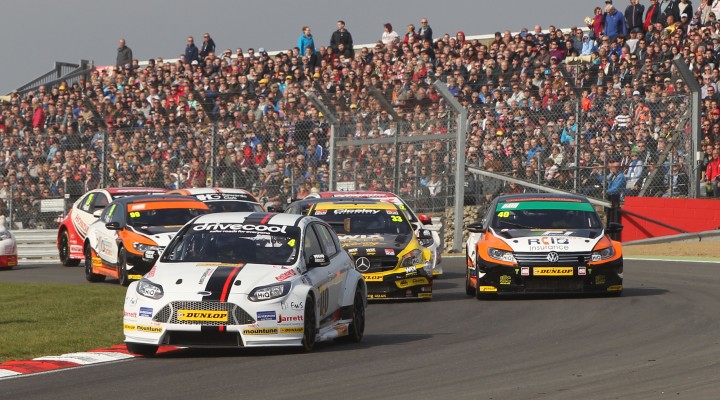 “Congratulations to Gordon Shedden for the championship win, he was a deserved champ. Hopefully we can take it off him next year!”

That was the message from Motorbase Performance Team Manager Oly Collins after the Kent-based outfit came close to completing a hat-trick of wins at the Brands Hatch season finale.

Most of the attention at the weekend, and rightly so, was around the quite remarkable championship battle between five former champions, but Motorbase were busy making waves of their own by celebrating its most successful race weekend ever.

Mat Jackson was unstoppable on the iconic GP loop, opening the weekend with a commanding qualifying performance to claim his third successive pole and another new lap record. This before the former series runner-up went on to claim two outright race wins and a second placed finish during the final three races of 2015.

Coming so close to securing a dream trio of results on the Wrotham squad’s local circuit, Jackson’s sensational performance also saw him claim the accolade of achieving the highest number of points scored during a race weekend of the entire 2015 BTCC season.

The results saw the Motorbase Performance squad add an impressive collection of new records to its recent successes. Despite only contesting half of the season after returning to the BTCC grid at Snetterton in August, the Ford Focuses amassed an incredible seven independent race wins, four outright race wins and five further podiums across four race weekends.

Mat Jackson also ends 2015 having led more laps than any other driver this season and with the best qualifying average of the entire grid.

Whilst it’s hard to point to any flaws in Motorbase’s impressive return it should be noted that the team started each of the last four events with zero ballast, due its late entry to the 2015 season, unlike the championship challengers. Despite this Jackson proved his pace with maximum ballast during races two and three at Brands, leaving the team in buoyant mood ahead of a full title tilt in 2016.

“That was the perfect way to finish off this year,” said Collins. “I think it’s fair to say we’ve shown everyone recently just how competitive we are. The second race win on full success ballast and soft tyres was the most rewarding and proved that we have a complete package that can win this championship given a full season.

“The impeccable reliability record again this year shows the true class of the team behind the scenes and Mat was simply in a league of his own this year. James has progressed well into a regular points scorer and will continue to improve given time I’m sure. Congratulations to Gordon Shedden for the championship win, he was a deserved champ. Hopefully we can take it off him next year!”

Mat Jackson is equally confident about the team’s package heading into next season. “What an incredible weekend to end the season on,” he enthused. “Obviously it was an amazing start to grab our third back-to-back pole in qualifying and then to go on to capitalise on that with two race wins and a second was a brilliant result for the team.

“The whole team has been working together so well this season and this weekend was the true reward for everyone involved. Hopefully we can carry this dominance into winter testing and come back next year with a full championship challenge.”