Fight to the finish for Team IHG® Rewards Club 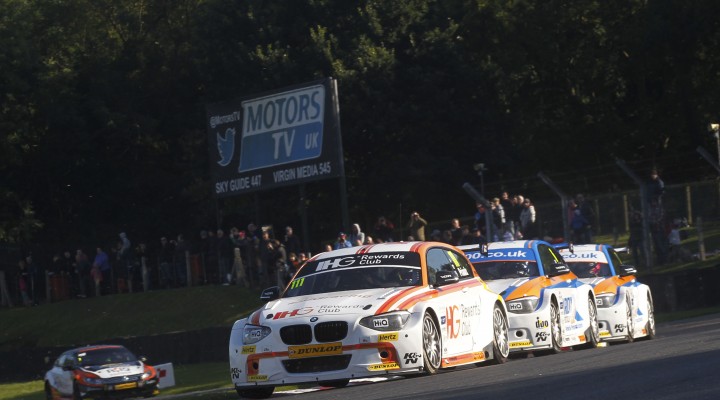 It has been a blockbuster return to the Dunlop MSA British Touring Car Championship for tin-top legend Andy Priaulx in the Team IHG® Rewards Club BMW 1-series.

Since the triple World Touring Car Champion blasted back onto the scene in Britain’s biggest racing championship in 2015, he has grabbed plenty of headlines, culminating in the season finale at Brands Hatch in Kent (10/11 October).

Having scored a sensational pole position on the short Brands Indy circuit in the curtain-raiser back in April, Priaulx had high hopes for a fight to the finish on the longer GP configuration.

Things started well for the Guernseyman in free practice, setting top six pace in FP1 before posting the fourth fastest time in FP2. He was running at the front in the first half of qualifying on Saturday afternoon, and ultimately secured ninth on the grid for Sunday’s opening encounter.

With the title chase going down to the wire at the front of the field, Andy enjoyed a fiercely fought finals day as he tussled with his WSR stable-mates Sam Tordoff and Rob Collard for much of the day’s running.

Scoring tenth, ninth and eighth across the day’s three races in the IHG® Rewards Club-backed BMW, Priaulx takes his total tally of top tens to 19 out of the 27 races he contested this season. Eight of those finishes were on the podium, including two outright victories, completing a superb return to one of the toughest racing series in the world.

Andy Priaulx said: “It’s been a good year – I’ve had two wins, two poles and eight podiums – I’ve just loved being back competing in the BTCC! It’s been a bit of a learning curve, not so much with the driving but in how much the championship has changed and evolved since I last raced in it. The BTCC has always been a hard fought championship, and the racing is great, everybody loves it. In the car it’s really tough racing which is what I love!”