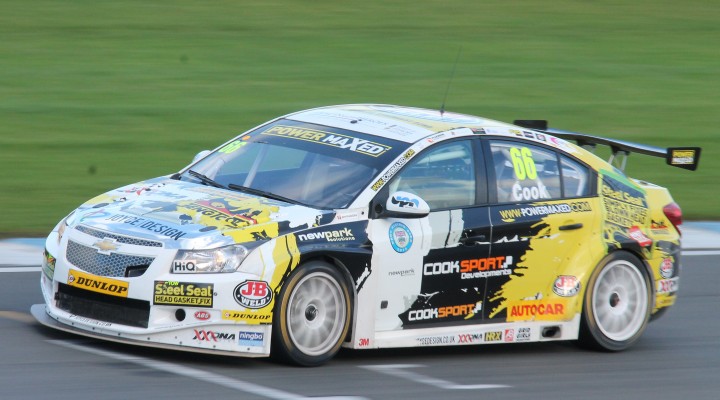 The 2016 Dunlop MSA British Touring Car Championship is already taking shape, as a number of teams and drivers have been testing at Donington Park today (22 October).

The purpose of the test was two-fold. Firstly, a variety of outfits have completed valuable laps on a number of compounds from Dunlop which are being assessed for the 2016 soft tyre choice.

Dunlop will now assess the data collected by all the drivers before settling on a compound for the 2016 campaign.

Meanwhile Josh Cook has also been on-track in the Power Maxed Racing Chevrolet Cruze to test the new RML-supplied parts which are available for teams to campaign in the coming seasons.

While not seeking absolute lap times, TOCA’s technical team was pleased with the results of its first full test of the updated parts. Following the initial running of steering components at the 2015 season finale at Brands Hatch two weeks ago, today was the first time the full system has been in action, and it successfully completed over 50 laps of Donington Park with Jack Sears Trophy champion Cook at the wheel.

“We’ve had to do a lot of installation,” commented Cook at the end of the day’s running. “Obviously it’s the first time the new front and rear subframes have been run in conjunction with the steering components I ran at Brands Hatch, but we’ve already learned quite a bit. Today it’s been about bedding everything in and ironing out any little issues.

“Overall it feels like a really good foundation and it’s definitely an improvement over what we had previously. The general feeling and feedback from the car is good and has given us some better baseline performance over our last test here. We had both cars here so we could run the two systems back to back, and I’m really happy with the package RML and TOCA have put together.”

This first outing was the start of an extensive programme of testing to ensure that the new package meets all the requirements of the UK’s premier motor sport series. The first full kits are on target for their delivery dates in early November.