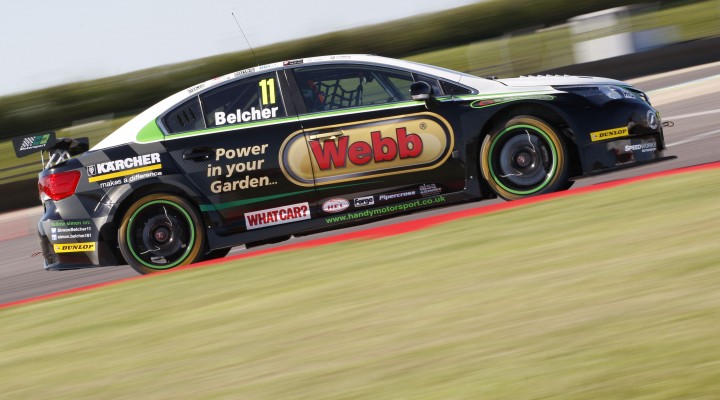 Handy Motorsport is said to be on the verge of signing an experienced race-winning BTCC driver to spearhead its challenge next year – who will be announced at the Autosport International Show in January – and the team is also still hopeful of expanding to a two-car operation for 2016.

With the build of a brand new Toyota Avensis based on the new RML Group chassis specification well underway, the Webb Garden Power Equipment and KÄRCHER squad is also working hard to secure the funding to enable team principal Simon Belcher to return to the grid for a third season in the existing Avensis which he piloted to 14 Independents Trophy points finishes in 2015.

“Our plans are, quite simply, for our new car to win races in 2016 and that is why I am bringing a proven race winner into the team – we are very close to having the deal signed and very much looking forward to naming our new driver at the Autosport show,” said Belcher.

“We are also working relentlessly to find the additional funding to field a second car for myself to drive, although we have also had good interest from several other drivers for the second seat and I will ultimately do whatever is best for Handy Motorsport.”

He added: “I would obviously love to race in the BTCC for a third season and if it doesn’t happen for next year, as our primary focus is on the new car and driver partnership, I will be working like crazy to make it happen in 2017 as I have unfinished business after my 2015 season was ruined following the qualifying accident at Thruxton back in May.”

In order to run two cars next year Handy will have to successfully purchase or lease a TBL from another outfit to facilitate its planned development, after BTCC organisers recently confirmed the list of TOCA BTCC Licence (TBL) holders for 2016.

Handy Motorsport, which enjoys technical support from vastly experienced squad Speedworks Motorsport, ended its sophomore year in the BTCC in 10th position in the Independents Team Trophy – an improvement of six positions on 2014. In the outright BTCC HiQ Team Standings, Handy concluded the most recent campaign 15th overall.