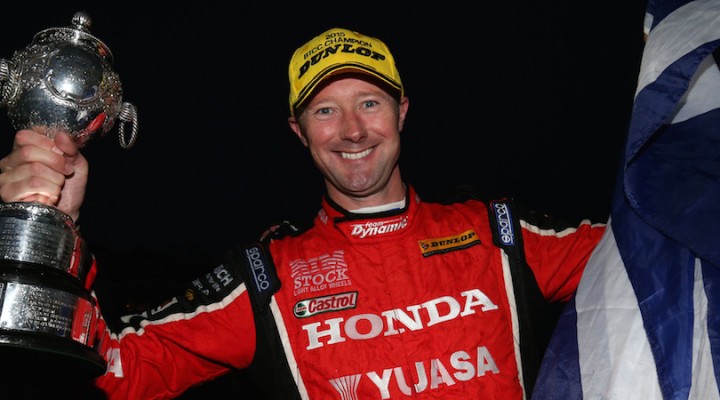 Since taking the BTCC title in such unforgettable fashion – securing his second tin-top crown in the final moments of the final race at Brands Hatch – Shedden has been collecting silverware on a regular basis.

The Scotsman was toasted at the recent TOCA Awards and then went on to receive a Scottish Car of the Year award on behalf of Honda, with the Civic Type R winning the hot hatch category.

“The one thing that the BTCC always delivers is excitement,” Shedden told Autosport, having been given his most recent award by F1 race winner Felipe Massa.

“To take the title fight to the last race, it was incredible. The emotions had been up and down, but to come through in the last race was fantastic.”

It is the second time that Shedden has scooped the National Driver of the Year award, following his 2012 triumph, and last night’s success secured the seventh consecutive win for a BTCC driver.