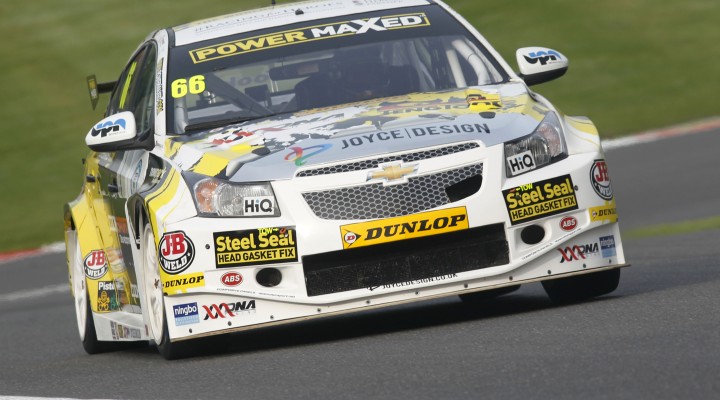 RML has been making considerable progress with its components ahead of the 2016 Dunlop MSA British Touring Car Championship with the front-running West Surrey Racing becoming the latest team to complete a test with the full kit.

Series organiser TOCA awarded a six-year Technical Partner contract to the RML Group for the supply of the specified chassis components for the BTCC, with the term commencing next season.

The Power Maxed Racing Chevrolet of Josh Cook ran some of the parts during the 2015 season finale at Brands Hatch, and the same outfit completed more than 50 laps of the full equipment during a post-season test at Donington Park.

Power Maxed returned to Donington Park where Andrew Jordan took over driving duties of the Cruze to provide further feedback on the package.

“The general balance of the car was very good,” the 2013 champion said when quizzed about the new parts. “The car felt very progressive and generated good grip, through high speed corners it had good rear rotation which allowed me to unwind the lock out to corner exit rather than having to apply opposite lock.”

“Steering felt much more positive, made the front end and change of direction feel very direct.”

That particular outing was the start of an extensive programme of testing to ensure that the new package meets all the requirements of the UK’s premier motor sport series.

The first full kits were delivered to teams in November and West Surrey Racing became the first team to test the rear-wheel-drive package earlier this week.

Sam Tordoff carried out initial running in the WSR BMW 125i M Series at Brands Hatch, which was supported by RML and included expected modifications in order to fit the RWD machines.

The first batch of kits have already been delivered to teams with the second batch due to reach the remaining BTCC squads by the end of this week.

“Progress has been going very well,” commented BTCC Technical Director Peter Riches. “Feedback from the teams has been extremely positive and everything is on schedule. The test runs have been very productive, with the cars showing good performance straight out of the box on a base set up.”

Motorbase Performance and Ciceley Motorsport have both pencilled in a test run prior to Christmas with a whole host of teams expected to kick off their respective programmes in the New Year.