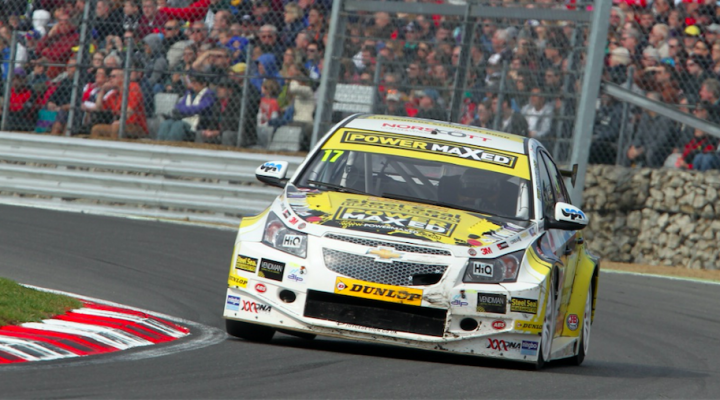 With a positive maiden campaign in the Dunlop MSA British Touring Car Championship in 2015, and with a host of changes under way for 2016, Power Maxed Racing have a lot to be optimistic about.

Power Maxed Racing’s 2015 was a pleasing one, garnering the outfit a number of accolades including the JackSears Trophy (JST) and its first ever overall podium. The team, however, has reason to believe that 2016 is set to eclipse this – having already extensively tested the new RML parts on its Chevrolet Cruzes for the season ahead. The car, and its development, has never been in a better place.

The Warwickshire-based team has been in negotiations with a number of drivers for 2016. The line-up is not yet finalised as the team seek to consider all avenues open to them – though discussions are well underway with some familiar names and one or two people looking to making a return to the BTCC.

Adam Weaver, Power Maxed Racing Team Principal said: “We have had a lot of interest and numerous discussions with some very interesting drivers for 2016 but we have not yet made a final decision on our driver line-up.

“From a standing start last season, we were consistently placing just outside the top ten. When you consider the upgrades we have for this year, we are certain we are going to be pushing for podiums on a regular basis.

“The reason we are taking our time to sign drivers is that we have such a strong platform for 2016.

“We need to make sure we reach out to and sign the strongest driver line-up possible and within our available budget, we are still keen to hear from interested parties.”

One possible route according to Weaver is to continue nurturing and developing rookie talent, as it did with reigning JST champion Josh Cook.

“We were extremely proud that we were able to pass the JST between drivers this season – Dave Newsham, our first signing in BTCC, to Josh Cook,” continued the PMR Team Boss. “We are passionate about the development of youth in motor sport and we would love to do it again, but to do that we need to bring a rookie to the championship. We are prepared to heavily subsidise the cost of their drive but if you have some sponsors and relevant experience now’s the time to get in touch!

“We would like to make it one of our goals where possible to always have a rookie in the team… we want to keep the Jack Sears Trophy for many years to come!”