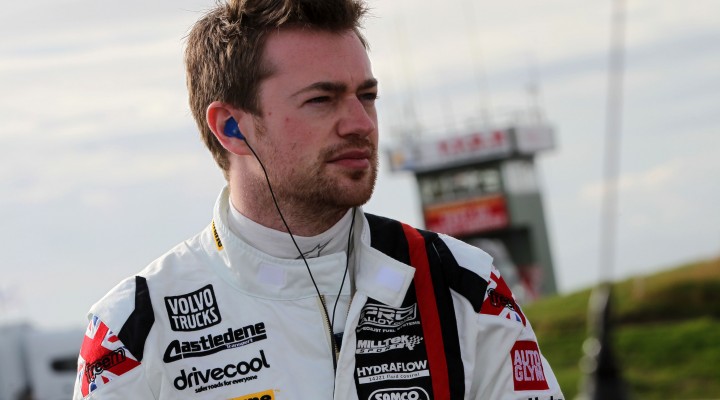 James Cole will join Team BMR for the 2016 Dunlop MSA British Touring Car Championship to complete the line-up of the Subaru UK manufacturer team for the forthcoming season.

James will be behind the wheel of the fourth new Subaru Levorg Sports Tourer in what will be his fourth season in the BTCC. The former British Formula Ford Champion will make his switch from Motorbase Performance where he competed in the second half of the season with the team after they joined the grid at Snetterton in August..

A delighted Warren Scott commented “It’s great to welcome James to the team and I look forward to seeing how well he does in the Subaru Levorg. He has lots of experience to bring to the BMR team and I believe this is the right time and place for him to showcase his ability.”

Cole’s racing career began in the 2007 BRSCC North West Formula Ford championship where he took the title, before progressing to the main UK championship the following year.

He went on to win the British Formula Ford championship title in 2009 and was nominated for the McLaren Autosport BRDC Award. After graduating to British Formula 3 and then the FIA Formula 2, James made his BTCC debut in 2013.

Speaking of his new team James stated, “I’m very excited to be joining Warren and the talented team of people he has brought together at BMR. I’ve still got loads to learn in the BTCC and I couldn’t be in a better place to do that alongside Carl and Kevin, my engineer Richard Owen, and two of the best BTCC drivers, Jason and Colin. My previous successes came in rear wheel drive so I believe a big step forward can be made this year. I would also like to thank Warren for this great opportunity. I intend to make the most of it.”

Team Manager Alan Cole added, “I am pleased to welcome James to the team, I look forward to adding his rear wheel drive experience to our new project and I am expecting good things for the season as he learns from his team mates.”

The team continue the task of having the new Subaru Levorgs built and ready to reveal at the official BTCC Season Launch to be held at Donington Park on Tuesday 22nd March.