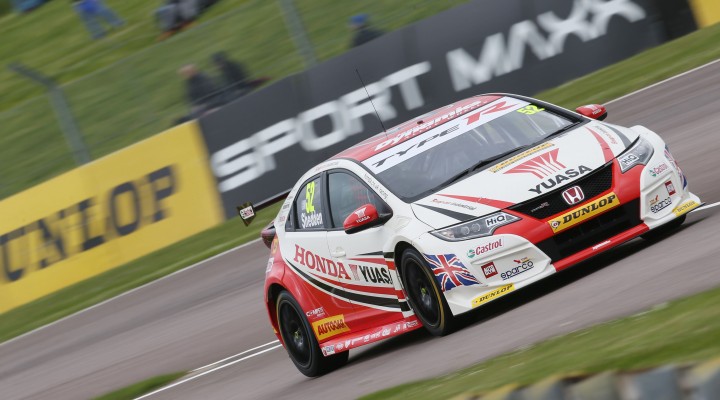 Drivers and teams will descend on ultra-fast Thruxton this week (17/18 February) for the first major pre-season test ahead of the 2016 Dunlop MSA British Touring Car Championship.

They will be joined by West Surrey Racing trio Rob Collard, Sam Tordoff and new signing Jack Goff in the IHG-backed car, as well as former champion Andrew Jordan, who will be giving his strikingly-liveried new Motorbase Ford Focus a high-profile public outing.

No fewer than 53 cars are set to take to the track in total, including a plethora of support series stars from the Renault UK Clio Cup, Ginetta Junior Championship, MSA Formula and Ginetta GT5 Challenge. The BTCC Media Team will be reporting from Thruxton throughout Wednesday and Thursday, so stay tuned for regular social media updates and web stories.