How the season unfolded: Croft 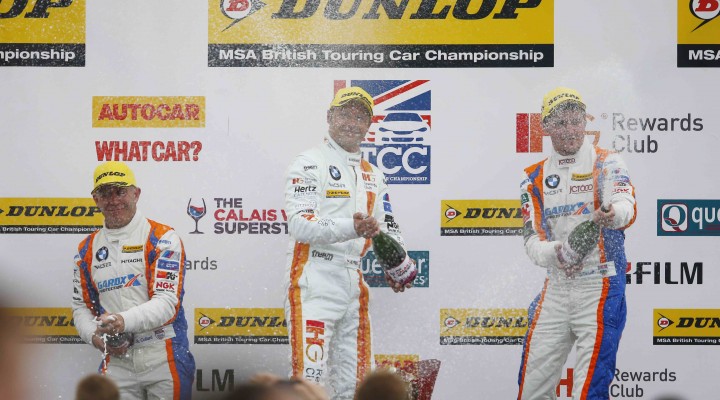 The BMW trio notched a 1-2-3 in a sensational opener – a feat not achieved in the BTCC for six years – as Priaulx led home Tordoff and Collard.

Gordon Shedden’s Honda prevented WSR filling the first three spots on the grid, though it didn’t take long for Collard to usurp the Scotsman and take third. There were three 125i M Sport’s line astern by the time the pack rounded Clearvaux.

It was pole-sitter Tordoff leading Priaulx from Collard with the Yorkshireman able to hold a comfortable advantage in the early running until light rain began to fall at the end of lap five. The greasy surface caught Tordoff out, as he made a slight mistake at the chicane which gave Priaulx the opportunity to pounce – an opportunity he duly took to head the field.

The trio remained that way until the chequered flag even as the rain eased. Collard held on for third after coming under duress from the Honda Civic Type R of Shedden in the latter stages making it a maiden clean sweep of the podium for WSR in the BTCC.

Tordoff bounced back from his lapse in race one and took the second race of the day in fine style – from lights to flag over the 15 laps. The BMW man got the jump on the rest off the line and stayed there, comfortably. Priaulx, in second, was preoccupied by Jason Plato’s VW CC, looming large in his mirrors with Colin Turkington in the sister BMR car following closely behind his team mate.

The duo pulled a tag-team move on the Guernseyman, nipping by the Team IHG Rewards machine before the former triple World Champion could get enough temperature into his Dunlop SportMaxx tyres. He was soon up to speed, and though he harried and hounded the VW pair, he could not make a move stick, having instead to settle for third.

Collard was the last of the WSRs to tally a race win on the day, as he took a memorable victory in the weekend’s finale, fighting back after losing the lead to Honda Yuasa Racing’s Shedden.

The Honda man had the better of Collard in race two, but the WSR man followed through to take the honours this time. The two squabbled all the way up to lap 12, when the decisive moment came at the approach to the chicane. The BMW touched the Honda on entry, unsettling the leading Japanese machine. Shedden was forced to straight-line the chicane, relinquishing his position.

Shedden’s Honda then fell backwards into Priaulx’s grasp, with the tussle running right to the wire. Nose to tail into the final lap, Priaulx nudged ahead at the final hairpin – enough to seal second at the last.

The BMRs of Turkington and Plato held their ground for much of the final race, to secure fourth and fifth respectively ahead of Tordoff’s BMW.

Shedden’s consistency, despite being shuffled down the order in race three, meant it was he who led the running in the drivers’ standings at the halfway point of the season.  The 2012 champion held a ten-point advantage to Plato, with neal a further 12 back. Tordoff’s brilliant weekend meant he fired himself into title contention – fourth in the standings, a point ahead of Turkington and now six clear of Jordan.

Honda Yuasa Racing lost some ground in the Teams’ Championship while a positive weekend for Team JCT600 with GardX saw them leap 40 points closer to MG 888 Racing. Team IHG entered the top six, nudging Power Maxed Racing down to seventh.