Honda ahead of the game 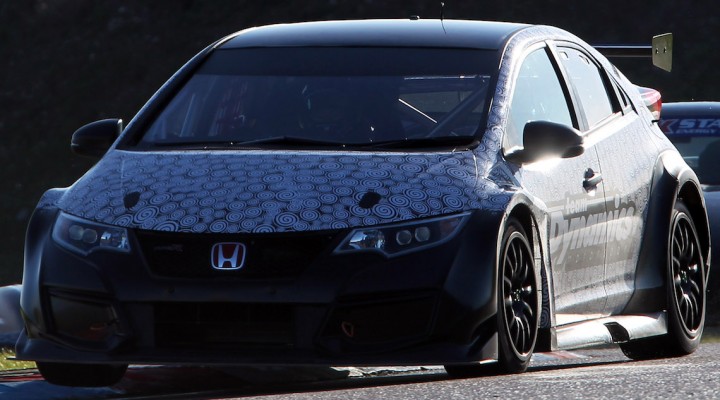 In the lead-up to the start of the 2015 Dunlop MSA British Touring Car Championship campaign, the Team Dynamics-run Honda squad was flat-out in preparation for the competitive debut of its all-new Honda Civic Type R. To make the Season Launch and the Brands Hatch opener, the outfit faced something of a race against time.

Despite that pre-season rush, the team proceeded to enjoy a hugely successful year, with Gordon Shedden clinching a second last-gasp Drivers’ crown in a palpitating Brands Hatch GP finale and Honda securing Manufacturers’ honours for the fifth time.

Fast forward 12 months, and the situation couldn’t be more different. With an all-new Honda engine, the Civic Type R has already been out racking up the on-track miles during a week-long test in Barcelona in Spain and on home turf at Thruxton and Snetterton. Further outings are planned at Brands Hatch on 16 March and the BTCC Season Launch at Donington Park on 22 March.

Defending champion Shedden is in confident mood – with a feeling around Honda that the team is currently on a good footing compared to where it was this time last year.

“We’re ahead of the game from where we were in 2015, that’s for sure, and obviously that went on to be a very successful season,” the Scot reflected.

“I didn’t really get my hands on the new Civic Type R until the Season Launch event at Donington Park, so it’s great to have been out there testing this pre-season.

“The competition is going to come from all angles to be honest, which is why we’re busy preparing hard. We expect the challenge to be even tougher, with lots of teams and drivers eager to knock us off our perch.”