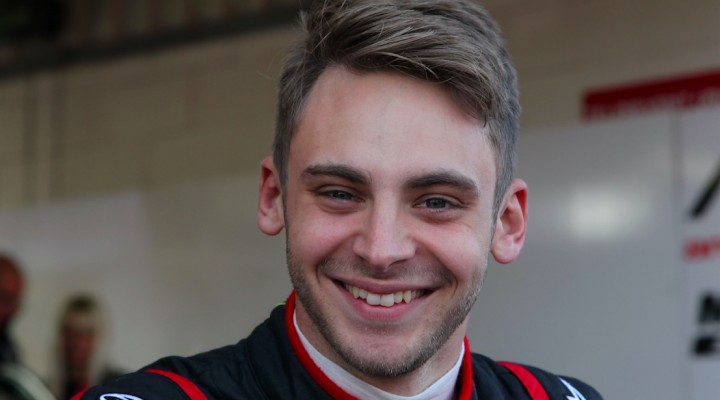 Hill, 22, a BRDC Rising Star, made his BTCC debut at Croft in 2013, coming out on top in the Jack Sears Trophy battle. He also raced in the series at the Brands Hatch season finale in both 2013 and 2015.

The Kent-based racer is delighted to have secured a full-time drive in the UK’s premier motor sport championship, praising the vital support of RCIB Insurance.

“I am thrilled to have been given this amazingopportunity thanks to Tony Gilham at Team HARD, RCIB Insurance and of course our long-term supporters Sportif Motor Group and our other fantastic partners,” said Hill.

“I have loved the BTCC races I’ve competed in so far and I hope I can show what I can do with a full programme. I’m now gearing up for the Season Launch in a couple of weeks and testing.”

Team principal Tony Gilham has long been a fan of Hill’s and is effusive about the prospect of him joining the outfit.

“With Jake and Chris [Smiley], we have one of the most exciting pairings of young talent in the series,” said Gilham.

“As soon as it became apparent that we were in a position to run a second car, Jake was my absolute first choice. I really couldn’t have asked for a better line-up, and having seen how quick Jake is in everything he’s raced so far, it’s fantastic to finally have him as part of our family.”

Hill will begin testing at the BTCC Season Launch at Donington Park on 22 March, before further running prior to the curtain-raiser at Brands Hatch – home circuit for driver and team alike – on 2/3 April.

“Both the team and I are based in Kent so I know we will have lots of local support, especially from family and friends, which makes things even more special,” Hill said. “I really can’t thank everyone who has helped make this happen enough – I just can’t wait to get started!”

Managing Director of RCIB Insurance, Mike Joseph, said: “Jake is a great young prospect and we had many people asking us to help him get a drive. It’s exciting to be part of this reborn team, which we believe can surprise a few people this year and be competitive. We love working with the guys at Team HARD and have enjoyed working together since they first entered BTCC.”