Motorbase eager to pick up where it left off 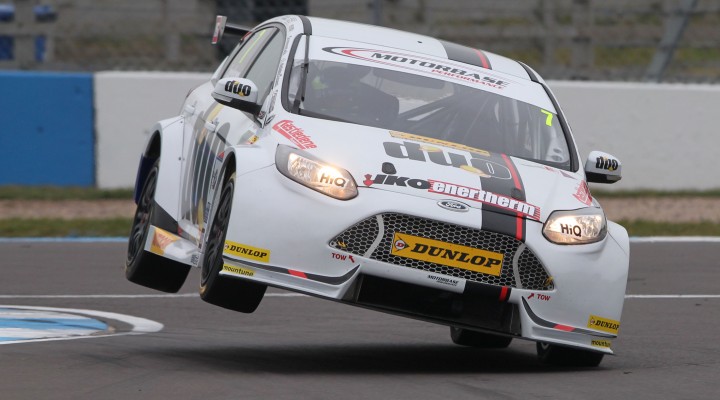 Motorbase Performance is gearing up for the return of the Dunlop MSA British Touring Car Championship and eager to maintain its momentum in the 2016 curtain-raiser around Brands Hatch’s Indy Circuit this weekend (April 2/3).

With the iconic Kent track less than a mile from the team’s workshop, David Bartrum’s Wrotham-based outfit is going all-out for podiums with one of the championship’s most highly-anticipated driver line-ups as Mat Jackson returns for his seventh year in the squad alongside 2013 BTCC Champion Andrew Jordan.

Jackson was the man to beat last time out, with the 35-year-old claiming pole position and a brace of victories in his Ford Focus ST during the 2015 season-closer on the GP loop. Jordan similarly boasts an excellent record at Brands, claiming pole position and two race wins on the short Indy layout back in 2014. With a record 32-car grid set to descend on the Kent circuit for the 2016 opener, competition will be higher than ever.

In addition to the driver line-up changes, Motorbase has been hard at work over the winter months rebuilding and developing the Focus, which joins many of its front-running rivals this year in running the new RML suspension kit upgrade. The team is confident it will be amongst the leading contenders once more when the lights go out on Sunday.

“I’m really looking forward to getting back into the Focus at Brands Hatch this weekend,” enthused Jackson. “We’ve had a little bit of running with the new RML suspension kit and the boys have done a great job with the car as always, but we’ve really got to see how it all pans out during qualifying and race day.

“We finished on such a high last season with two race wins and a pole. It would be fantastic to pick up where we left off, but we’re under no illusions as to just how competitive the grid will be.”

Jordan is in similarly bullish spirits, following a promising and productive pre-season testing programme behind the wheel of his strikingly-liveried Pirtek-branded car.

“Obviously I am very excited to get back to racing at Brands and to kick off my relationship with Motorbase,” remarked the team’s new recruit. “We have done a lot of testing together and I feel we have clicked really well, but the serious stuff starts this weekend.

“It would be my dream to get pole and a win, but I know how tough that will be. I’ve managed to take pole at Brands Indy a couple of times before, so I have good confidence heading there. I’m also really interested to see how it will pan out with most teams moving to the new RML suspension kit, as it’s a bit like starting from scratch with car set-up.

“The aim this year is to win the title, so I need to make sure I have three strong results to kick the year off well and hopefully gain some momentum. It’s always a fine balancing act of being consistent and staying out of trouble whilst going on maximum attack for podiums and wins.”