WSR at the top table 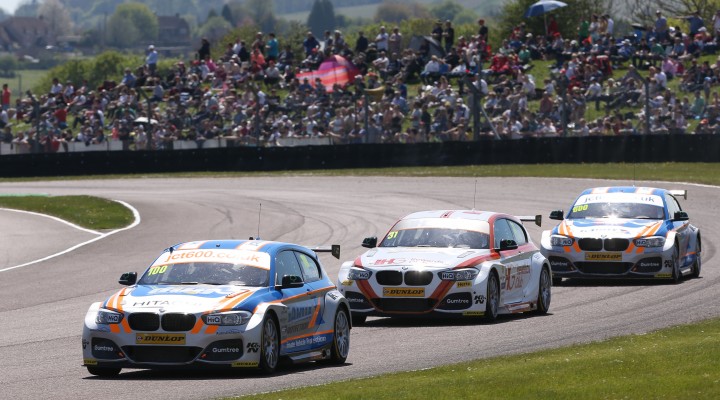 Team JCT600 with GardX driver and Hampshire hero Rob Collard shares the points lead in the Drivers’ standings with Matt Neal, after notching the Surrey outfit’s best result of the weekend on his home patch, with a race two podium in addition to two sixth placed finishes.

It didn’t start the way Collard would have hoped after opening with a disappointing qualifying session which left him 18th on the grid. He put that disappointment behind him immediately with a fine display in the opening race of the weekend as he carved his way through the field to finish a creditable sixth, despite hauling 48kgs of success ballast.

His runners-up spot came in round eight, finishing just half a second behind Motorbase Performance’s Andrew Jordan, followed by another top-six finish in the final encounter of the day to round off a profitable day’s racing for Collard on home turf. Combined with the efforts of team-mate Sam Tordoff, the silver and blue side of the WSR garage are now within just a point of the summit of the Teams’ standings.

“It’s a fantastic feeling to be leading the Drivers’ championship – and at my home circuit as well,” said Collard.

“After a disappointing qualifying session, we started the opening race from 18th place with a lot of making up to do, but we changed a lot of things overnight and the BMW was just superb all day.

“To climb to sixth in race one, even with 48kg of ballast on board, was a really great result, and then to follow it up with second is even better.

“We’ve surpassed expectations on a couple of circuits which haven’t been our strongest in previous years, and now we head to Oulton Park and Croft, which really are good circuits for the BMW. I think we can really push on and continue to fight for wins and podiums.”

Over at Team IHG Rewards Club, Jack Goff consolidated his impressive start to the 2016 campaign with a pair of strong points finishes at Thruxton.

The High Wycombe racer started the opening race 12th with a 57kg load of success ballast on-board. Climbing to eighth in race one by half distance, he looked set to move further up the field when the red flag was waved and the result declared due to a multi-car incident on the exit of Club.

Going some way to proving his pace, he took fifth in race two and was lying third in race three before contact with Gordon Shedden saw him drop to 18th with just over a lap to run.

His weekend was strong enough to see him in sixth place in the Drivers’ table while Team IHG Rewards Club hold the same spot in the Teams’ standings. All things considered, Goff is hopeful with Oulton Park under a fortnight away.

“I think the BMW had the pace to put us on the podium twice if the races hadn’t been shortened,” said Goff. “The strategy was to wait for the front-wheel-drive cars to use up their tyres and then pounce, but the shorter races meant that didn’t really happen.

“Had it not been for the contact with Gordon [Shedden], which was a 50/50 incident in my opinion, I’d probably be second in the championship right now, but that would mean more ballast for Oulton Park, so actually, being P6 is pretty good and gives us a great chance to take another step in the championship fight.”

Dick Bennetts, Team Principal, said: “From a team point of view, it was an excellent weekend. Rob leaves Thruxton tied for the lead of the Drivers’ championship after driving superbly so far this season, and Sam showed more strong pace and achieved a fastest lap in race two.

“Not only that, but WSR leads the Manufacturers’/Constructors’ points and Team JCT600 with GardX is just one point away from the top of the teams’ standings.

“It was another strong weekend for Team IHG Rewards Club too, and sixth place in the Teams’ championship is a very good performance for a single-car team. Jack has continued to belie his lack of experience with a rear-wheel-drive touring car to run strongly in all three races.”