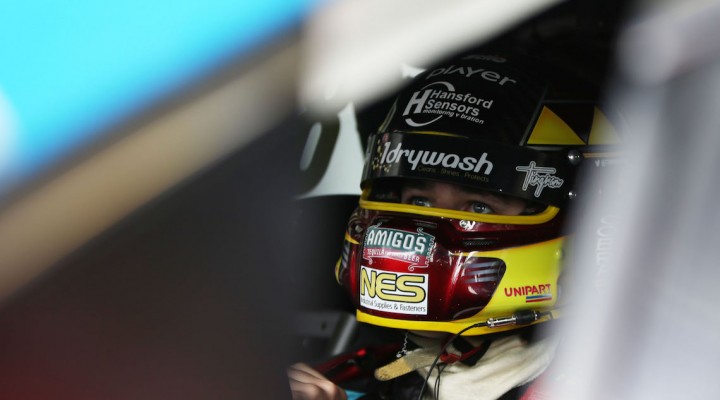 Tom Ingram and Speedworks Motorsport are fast becoming the one lap specialists of the 2016 Dunlop MSA British Touring Car Championship, as the young gun topped both free practice sessions at Oulton Park.

As per his performance earlier this morning, Ingram waited until the closing minutes to produce a qualifying simulation run. Positions changed almost by the second late on and it was Ingram’s Toyota that eventually led the way.

“We’re where we want to be,” says Ingram. “There’s a long way to go though. It’s very competitive so we’ll just have to see what we can do for qualifying.”

Halfords Yuasa Racing’s Gordon Shedden was the first driver to dip into the 1:25s lap times, before he was nudged down to P2 by Ingram by just 0.065s. The gaps among the top six were similarly close with Shedden edging out Aron Smith’s VW by 0.090s, whilst Josh Cook and Jack Goff ensured that five different marques were represented in the front five order. BMW were the only manufacturer to have two cars inside the top six as Sam Tordoff followed his West Surrey Racing team-mate Goff.

Rookie Ash Sutton was ninth for MG while Handy Motorsport’s Rob Austin made a welcome return to the top ten. All 32 cars clocked timed laps although problems for Dan Welch and James Cole slightly curtailed their running.

Qualifying for Round 10 of the 2016 Dunlop MSA British Touring Car Championship takes place at 15:20 and will be streamed live and exclusively via www.itv.com/btcc. Please make sure you’re following the BTCC’s official social media feeds for up to the minute news and information.