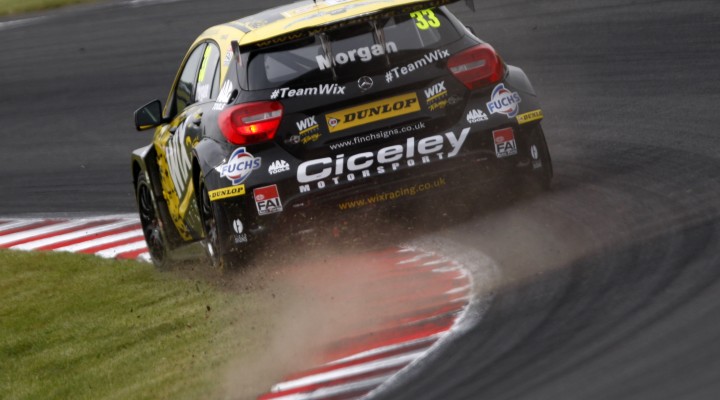 Ciceley Motorsport is to offer its Renault UK Clio Cup drivers a shot in its race-winning Mercedes A Class Dunlop MSA British Touring Car Championship machine at the end of the current campaign.

Max Coates, Dan Zelos and Ollie Pidgley will be the first to receive the test as part of Ciceley’s support of up-and-coming young drivers through the ranks of British motor sport following its recent foray into the UK Clio Cup.

Team Principal Adam Morgan, and driver for the Ciceley-backed WIX Racing outfit, said: “I’ve seen the immediate impact the top drivers coming from the UK Clio Cup have had in British Touring Cars. I’d know – I’m up against them!

“We feel each of our drivers after a season in the UK Clio Cup deserves a run in the touring car,” continued Morgan.

“We put great pride into nurturing our young drivers and really believe this adds significant value to what we can offer those joining our team in future.”

The Lancashire squad are the most recent in a series of tie-ins between the BTCC and the UK Clio Cup. Team BMR backs several drivers racing Clios through its young driver programme, Team Cooksport is run by MG Racing RCIB Insurance man Josh Cook and Dunlop – title sponsor and tyre partner of the BTCC – are to offer a test in a touring car to the 2016 UK Clio Cup Champion.