Ingram masters all weathers at Snetterton 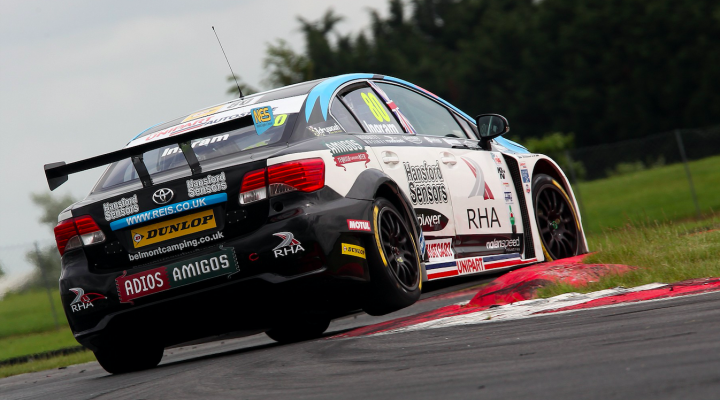 Tom Ingram mastered all weathers to top both a dry morning and a sodden afternoon session on the first of Snetterton’s two-day Dunlop MSA British Touring Car Championship tyre test.

The test gives teams an opportunity to experiment with a number of different tyre compounds ahead of the 2017 campaign, while gathering data and feedback for the championship’s title sponsor and tyre supplier Dunlop. Drivers also seized upon a rare opportunity outside of the time pressures of a race weekend to tinker with setup options and fine tune their cars.

Ingram set an impressive pace, besting last year’s pole benchmark and thus the lap record around the Norfolk circuit in the process of recording the morning’s best time at a then dry Snetterton.

The Speedworks Motorsport man was near half a second clear of the Pirtek Racing Ford Focus of Andrew Jordan while Dan Lloyd continued a fine vein of form to place third with team-mate Jeff Smith adding to the positivity at Eurotech Racing with the fourth fastest time. Meanwhile, a bolt from the blue saw Ollie Jackson fire his AmD Tuning.com Audi S3 into sixth.

It was a morning for the front-wheel drive runners too, with the first rear-driven car, championship leader Sam Tordoff’s BMW 125i M Sport, landing 10th spot.

Over the course of the lunch break, the heavens began to open and the Dunlop Blu Response wets were prepared – not long since their last action out in race three at Croft.

The weather didn’t affect Ingram, who stole a march on the rest to the tune of three quarters of a second to top the timesheets once more in the Toyota Avensis – a car that was clearly dialed in to the demands of Snetterton throughout the day.

Adam Morgan had headed the times for the first half of the session before further running for Ingram saw him pushed down to third, with Michael Epps in the Team HARD-backed RCIB Insurance Racing Toyota pipping the WIX Racing man to second by a tenth – further encouragement for Tony Gilham’s squad after a positive Croft weekend.

“On the Friday or Saturday of a race meeting you don’t get a lot of time to tinker with the car and setups, the geometry and differentials. It’s been nice to have a morning where you can come up with some ideas.

“We had a couple of runs on new tyres to see what the car does and obviously the car was quick enough for a very good time.”

There is more to come from testing at Snetterton, which is set to get underway in drier conditions from 9am on Thursday morning with a two-hour lunch break before an afternoon session which will end at 5pm. For coverage as it happens, follow the action on BTCC.net and across social media.