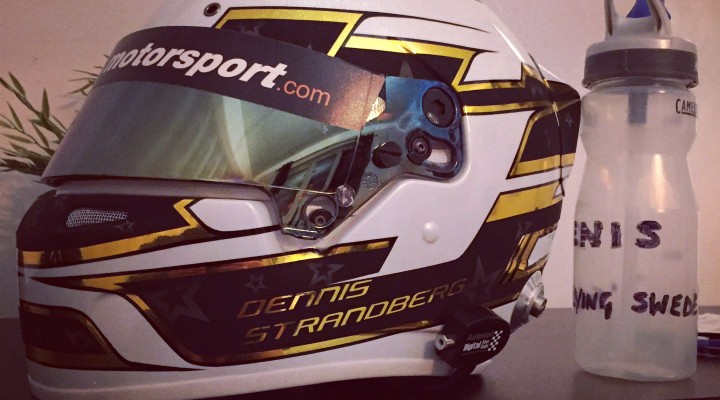 The 22-year-old was one of three fresh faces on the day, the others being Bobby Thompson at Power Maxed Racing and Ant Whorton-Eales at Team HARD.

Strandberg’s racing CV includes a spell in 2010 in the Southern Swedish Karting Championship before moving to the Ginetta GT5 Swedish Championship in 2013, winning the series outright. He then moved to the UK series, finishing third in 2014 and fifth in 2015.

Strandberg set in a respectable 1:58.845 in the morning session on Thursday in the Ford Focus despite being most accustomed to rear-wheel drive cars, and he is testing the waters as to a potential foray into the championship next year.

“It felt pretty good. They gave me the opportunity to come and test here and I’m pretty pleased about it. I’m hoping to do a bit better than I’ve done so far but I’m just having thirty more minutes this afternoon.

“It’s completely different to anything I’ve ever driven before. I’ve driven a few cars but nothing like this. It’s a good car. It feels like a proper race car. I’m used to rear-wheel drive cars so my driving style is very much rear wheel drive. I’m getting there and I know there is time in the car and in me.

“This year I’m doing races here and there. I did British GT last year and I’m looking to a possible BTCC drive next year as well as GTs or maybe a drive back in Sweden. I have taken today to test everything out to see if I’m good enough so we’ll see and time will tell.”