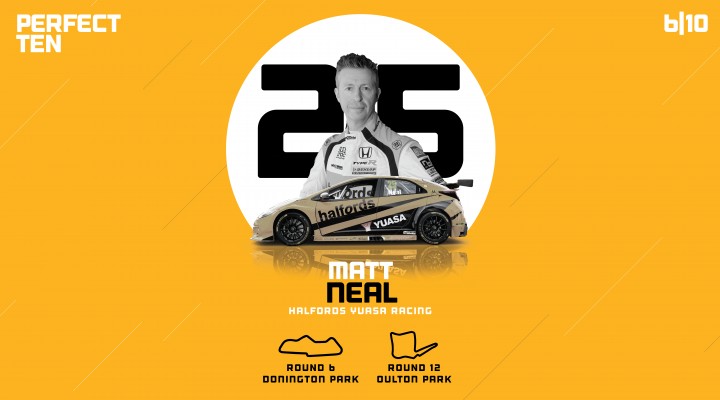 Halfords Yuasa Racing’s Matt Neal was the sixth winner of the 2016 Dunlop MSA British Touring Car Championship, taking the finale back at Donington Park and later adding win number two for the season at Oulton Park.

The last race of the day at the Leicestershire circuit in April provided incredible action as Honda’s Neal came out on top of a titanic battle.

Neal, who had clashed with Andrew Jordan’s MG at the Old Hairpin, hauled in Rob Collard’s West Surrey Racing BMW and squeezed his Honda into the lead late in the bout. Jordan made it through too and he was eventually sandwiched between two Hondas as Neal’s team-mate Gordon Shedden made the last step on the podium from 14th on the grid.

A second win for the BTCC legend came in Cheshire and ensured Neal then kept in touch with table-topping Sam Tordoff.