Morgan looking for return to form 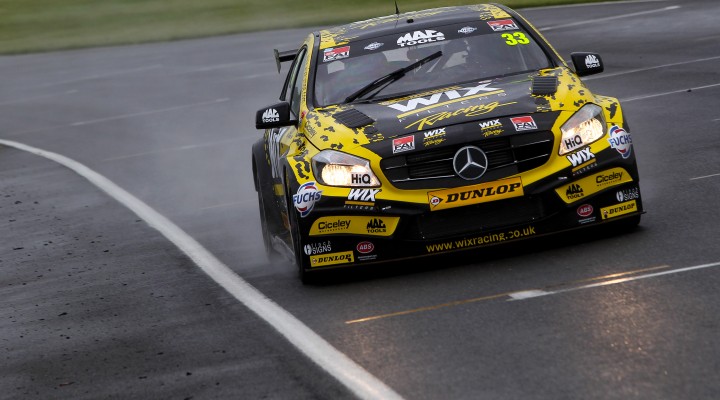 After a flying start, Adam Morgan’s season has stuttered somewhat following a couple of setbacks and a bout of bad luck over the last two Dunlop MSA British Touring Car Championship events. He’s looking to Norfolk’s Snetterton circuit to get things back on track.

The opener at Brands Hatch was the perfect way to start 2016 for WIX Racing, with a race three win to kick of the campaign. A quieter Donington Park was then followed by a storming Thruxton weekend, a contender for best-ever for the Cicely Racing-backed squad as Morgan romped to a win and two podiums – no mean feat with the reverse grid and ballast system employed in the BTCC.

A slice of that early-season form is what the Lancashireman is shooting for in the rounds to come as he aims to propel his Mercedes back up the championship table.

“We had a really good Thruxton, and Brands was good for us as well and then the other three – Donington, Croft and Oulton – have been very poor,” said Morgan.

“If you turned those three into average weekends we’d be much higher up the tables. Everyone has good luck and bad luck in racing and it was our turn for some bad luck.”

“At Oulton we had a setup issue and we struggled with it all day trying to find out what it was exactly. It wasn’t actually until we got to Croft that we knew what was causing the issues.

“So, we were driving around a whole weekend after we’d changed absolutely everything on the car to get to the bottom of it but we couldn’t pinpoint what it was. It was a bit of a nightmare really.

“At Croft, I had contact in race one and two so it was just a weekend to forget because we had quite good pace there too. It was just one of those things. We broke a toe-link at the back in race one and race two the front hub just shattered.

“Hopefully we’ll turn it around at Snetterton. It’s somewhere I like to come. I’ve always gone quite well here so hopefully it’ll be the same again, another podium maybe. We’ve had two pretty poor rounds in the last couple so we want to get back up to where we belong, in the top five or six, and we can hopefully move our way up the championship.

“Our aim for the second half of the season is the same as it always is. We go out nice and consistent and try and stay out of trouble, keep the points ticking over and try and get a few more podiums.”