BTCC back with a bang 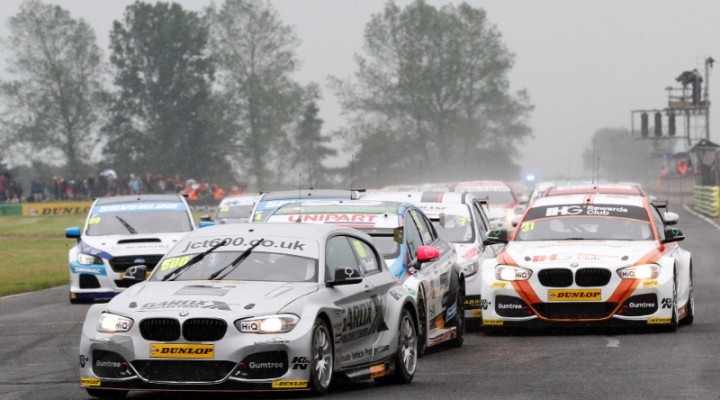 The Dunlop MSA British Touring Car Championship returns from its mid-season break with a trip to Norfolk’s Snetterton circuit next weekend (30/31 July), having seen a greater number of different winners in the first half of the campaign than ever before.

Unpredictability has been the watch-word in 2016, with a record 10 drivers having reached the top step of the podium from the first 15 rounds of this ultra-competitive championship.

Some of the world’s most talented touring car drivers are still searching for a foothold in Britain’s premier motor sport series. Rounds 16, 17 and 18 from Snetterton now look set to be another trio of races where picking a standout favourite remains almost impossible – there has been an astounding six different manufacturers represented in the winners’ circle.

The outlook in the Drivers’ championship reflects the on-track action as just over 30 points separate the top five. With up to 22 points available in each round, and one for race one’s polesitter, it could once again be all change come Sunday evening. West Surrey Racing’s Sam Tordoff currently leads the way from BMW team-mate Rob Collard and the Honda of Matt Neal.

The Snetterton 300 layout is the longest circuit on the calendar, and an eagerly anticipated challenge for drivers as well as a thrill for fans with fast straights and twisty infield sections encircled by grandstands and banking. Further panoramic viewing areas add to the experience and ensure that spectators won’t miss a moment.

A big crowd is expected to descend on Norfolk to soak up the summer sun as well as the sizzling racing. Many more will be watching live on ITV4 for trademark BTCC fireworks.

The story so far: Tordoff leads the way
The pecking order was thrown even further up in the air heading into the summer break, as if it wasn’t already competitive enough in the fight for the BTCC crown. A victory in the final bout at Croft last time out saw the 10th winner of 2016 and a maiden one for young MG hotshot, Ashley Sutton, in his debut campaign.

An incredible turnaround for the Subarus that began at Oulton Park continued into the Croft weekend. Race one saw double champion Colin Turkington lead home a one-two for the Japanese marque. He and team-mate, BTCC legend Jason Plato, clashed dramatically in the second bout, opening the door for Rob Collard to pounce and bolster his title tilt with a maximum points haul.

The three BMWs – run by West Surrey Racing – headed up the Manufacturers’/Constructors’ table following an outstanding effort from Drivers’ standings leader Sam Tordoff with two podiums and a win at Oulton Park. A further rostrum at Croft added to a burgeoning compliment of top-three finishes, as Tordoff added to podiums at both Brands Hatch and Donington Park earlier in the campaign – a consistent approach is bearing fruit for the Yorkshireman. Stablemates Collard and Jack Goff are in close company, with the former breathing down Tordoff’s neck in second place in the standings.

Halfords Yuasa Racing’s Matt Neal is the highest placed Honda, as champion Gordon Shedden continues to endure an up and down 2016. Neal’s five podiums and his brace of wins coming at Donington and Oulton respectively sees him third in the title race, while Shedden has more ground to make up after flying out of the gates with a second place and a win at the Brands Hatch season opener.

Snetterton’s tendency to favour the front-wheel driven machinery will provide further encouragement for those looking to overhaul the narrow points margin to Tordoff and the rear-wheel drive BMWs at the BTCC summit, with Neal, Jordan, Ingram and Sutton best placed to make strides up the table – any number could feasibly take the honours in Norfolk.

The no-holds-barred and unpredictable racing provided by the Dunlop MSA British Touring Car Championship is not only what the fans love, but also serves to cement its position as the country’s top motor sport series – it is certain there will be more on offer at Snetterton if the first half of the season is anything to go by.

Talking point: Snetterton supremos
Silverline Subaru BMR Racing man and double BTCC champion Jason Plato is by far the most successful driver around the East Anglia circuit – he has amassed a total of 14 there which is more than treble the tally of his closest current rival Gordon Shedden who has four wins to his name.

Following Subarus rise to prominence at Oulton Park, it would be brave to bet against Plato becoming winner number 11 of the campaign at Snetterton. His feisty battles with team-mate and fellow two-time champion Colin Turkington have already set the series alight, Plato will be hankering for that first victory.

Tom Ingram, a winner this year and multiple pole-sitter, went quickest overall at Dunlop’s two-day tyre test back in June in both the wet and the dry. He is confident in his car’s prowess following a job well done by Speedworks Motorsport.

“The car felt really strong. We’ve come up with a bit of a plan and it’s just sticking to it now,” said Ingram.

“On the Friday or Saturday of a race meeting you don’t get a lot of time to tinker with the car and setups, the geometry and differentials. It was nice to have a morning where you can come up with some ideas in testing.

“We had a couple of runs on new tyres to see what the car does and obviously it was quick enough for a very good time.”

Sam Tordoff, currently top dog in the BTCC, is relishing the weekend, despite carrying the success ballast that comes with the championship lead – he’s got a target on his back that a queue of drivers will be aiming at.

“I really do like Snetterton, I’ve done well here in the past and I’ve won here before,” said Tordoff. “I’m not quite sure what to expect this time. We’re carrying 75kgs so this circuit might hurt us more than others – I guess we’ve just got to wait and see. If we have a bad opener we get the weight off for race two.

“I don’t like carrying the weight everywhere but top is a nice position to be in. If you want to win the championship you have to learn how to deal with it. As the leader at halfway I’d have definitely taken that. I’m optimistic that if anything we’ll be better in the second half of the season than the first.”

Timetable and tickets
All three BTCC races on Sunday, 31 July – and the day’s other races – will be broadcast live and in high-definition on ITV4. Those in attendance at the circuit can stay in touch with the commentary and live timing from every session, available on the btcc.net Live Zone throughout the weekend.

The support series on the TOCA package are also guaranteed to thrill with a double digit total of races set to entertain the crowds. The Porsche Carrera Cup GB, Renault UK Clio Cup, F4 British Championship and the Ginettas will all be appearing, making for a jam-packed weekend of truly unmissable racing.

Tickets can be purchased on the gate at £15 on Saturday and £28 on Sunday, or £33 for the full weekend. Accompanied children aged 13 and under are admitted free. For further information and for advance purchases with discounts, see www.snetterton.co.uk or call 0843 453 9000.