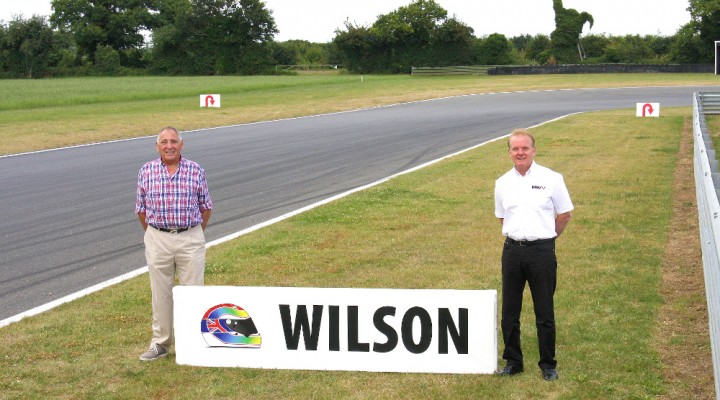 Hairpin to be rechristened ‘Wilson’ from this weekend’s BTCC meeting

Snetterton’s Montreal hairpin will be renamed in honour of Justin Wilson, starting from this weekend’s (30/31 July) round of the Dunlop MSA British Touring Car Championship. Wilson, who was tragically killed in an IndyCar race last August, was a protégé of circuit owner MSV’s Chief Executive, Jonathan Palmer, who guided him through much of his junior single-seater career towards Formula One.

Palmer and Wilson’s association dates back to the fiercely competitive inaugural Formula Palmer Audi Championship in 1998, a season which yielded a first major car racing crown for Justin. Success in that championship earned Justin a full season in the International Formula 3000 Championship, just one rung on the ladder below Grand Prix racing at the time, and the title followed three years later in 2001.

Justin and Jonathan maintained a close working relationship throughout this period, culminating with the creation of Justin Wilson PLC, an innovative, publically-funded scheme, which paved the way for Justin to graduate to F1 with Minardi. Whilst the F1 dream didn’t pan out perfectly, Justin and Jonathan maintained a close friendship as the Yorkshire driver developed a fantastic reputation as one of the leading single-seater drivers in America until his untimely death in 2015.

Appropriately, the Wilson hairpin leads into Palmer corner on the 300 circuit which will be used this weekend – aptly, Sunday’s three BTCC races will take place on what would have been Justin’s 38th birthday.

A special corner board featuring Justin’s iconic rainbow-coloured helmet design, in addition to the Wilson name, has been installed in time for the BTCC event. This special tribute was unveiled today (Monday) at a ceremony attended by Jonathan and Justin’s parents, Keith and Lynne, ahead of the corner’s official relaunch this weekend.

Jonathan Palmer commented: “Justin Wilson, the champion of my inaugural Formula Palmer Audi championship, thoroughly deserved the support which that success brought him, and it was enormously satisfying to watch him make the best possible use of every opportunity he had through to F1 and IndyCar racing. But not only was Justin an outstanding racing driver, he was also the epitome of a true sportsman, earning universal respect and admiration. He leaves a lasting legacy that we will cherish and perpetuate, with the naming of Wilson corner at Snetterton an important part of that.”

Justin’s younger brother Stefan, who raced at the Indianapolis 500 earlier in the year in tribute to his elder sibling, said: “This is such an incredible gesture by MSV and I know Justin would be very honoured and humbled to learn that he has a corner here at Snetterton named after him. Snetterton has a special place in our memories as our dad raced here back in the ‘60s and he would tell us stories of racing down the old Norwich straight. Plus, Justin and I raced here many times in our own careers!”

Keith Wilson added: “We cannot thank Jonathan and Lisa Davis (MSV’s General Manager) enough for all their support for Justin and our whole family stretching right back as far as the inaugural Formula Palmer Audi race in 1998. They have played a huge part in all of our lives and as Stefan says Justin would be so honoured to have this corner named after him. Snetterton is a great circuit steeped in history and after having new life injected into it by Jonathan its life should extend for further generations allowing Justin’s corner to rekindle his association with Snetterton and Jonathan.”

Wilson corner will be used for the first time during the Dunlop MSA British Touring Car Championship this weekend on 30/31 July. For more information, please visit www.snetterton.co.uk.