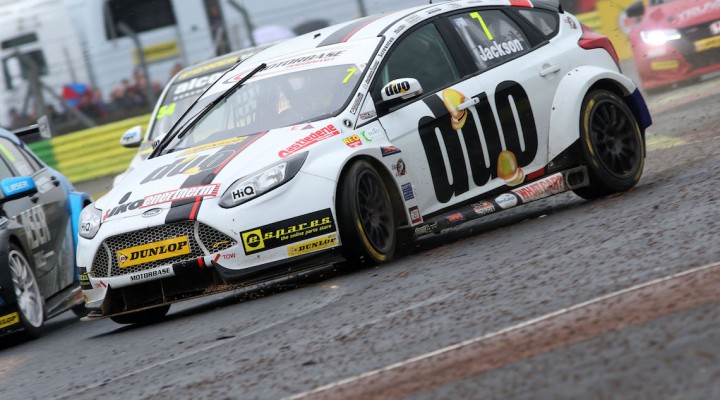 During the Dunlop MSA British Touring Car Championship’s six-week summer hiatus, Motorbase Performance has been hard at work on its Ford Focus STs at the squad’s Wrotham workshop as they look to push on at the head of the Independent’s table.

The team was in action at Snetterton for Dunlop’s official BTCC tyre test with Mat Jackson one of four drivers running a full data-gathering programme to assist the championship’s title sponsor with its 2017 tyre compound developments.

At Croft, Motorbase notched five top-ten finishes and five Independent podiums with Jordan enjoying a successful weekend that saw him increase his lead to 27 points at the top of the Independent Driver standings.

A last-race gamble on slicks unfortunately resulted in a DNF for Jackson, incredibly his first since Croft 2013.

“After a busy break we’re now ready to embark on the second half of the season,” said Team Manager Oly Collins.

“We’ve had a busy few weeks since Croft with a great weekend at Goodwood Festival of Speed with Andrew (Jordan) winning the BTCC shootout followed by a good two day test at Snetterton.

“All of this, around a variety of work back at base, means that we haven’t really stopped. Hopefully the hard work will stand us in good stead for the remaining rounds.”

The squad heads to Norfolk in good standing with a 55-point lead at the top of the Independent Teams’ Championship and in third place in the overall standings.

“Given the level of competition in the BTCC this season it’s great to be leading the Independents standings at the halfway point;” added Collins.

“We want to be at the top and that is still our aim this year. It’s unbelievably tight at every circuit we visit and harder than ever to get a win – that’s why it’s so rewarding when you do.”

The circuit will hold a special place in the team’s history with Sunday’s opening race marking its 300th BTCC race as well as the anniversary of the unveiling of the first Motorbase in-house-built touring car back in 2012.