Champagne the aim for Moffat 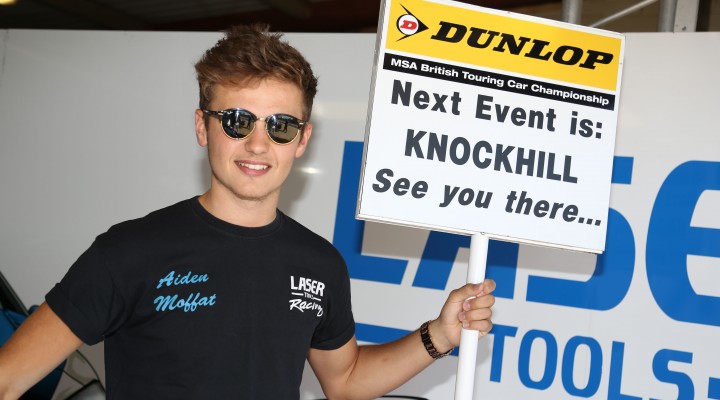 Aiden Moffat harbours hopes of the podium once again on home turf with the Dunlop MSA British Touring Car Championship’s visit to Knockhill this weekend (13/14 August).

Last year, the Laser Tools Racing man did make his first visit to the BTCC rostrum but that wasn’t decided until a move by Andy Prialux was reversed post-race.

The Scot’s keen to taste the champagne first hand this time around, and with the performance of the Mercedes A Class around the undulating circuit last season there’s reason to be optimistic even after an up-and-down Snetterton weekend.

“I’ve got mixed emotions really coming out of Snetterton,” said Moffat. “We had a pretty poor qualifying – 14th. Race one, we had a penalty which was a 30 second stop/go. So, to transform starting 23rd in race two into a P8 finish is a pretty good achievement for us. It’s good to be back in the points but it’s another case of what could have been.

“I missed out on the champagne last year but it got reversed afterwards giving me my podium so hopefully this year we can be in a similar position but get to lift a trophy on one of the steps up there.

“It’s a short track and it’s a tight track so you need to be a bit rough to make moves. It’s not brilliant for us but it is for the people watching. It’s always good racing around there and it’s somewhere I used to go and love watching there but it’s now a bit more special watching from behind the wheel.

“I think the Subarus will be strong. It’s a great car and the track will be well suited to their car. There’s no reason the Mercedes’ of myself and Adam Morgan can’t be up their either though.

“Gordon always flies around there. It’s kind of a given now that he’s going to get a podium or two up there and he’s one of those drivers who can always fight his way back so he’ll be another name who you’d expect to be up there.”