Advantage Ingram ahead of qualifying 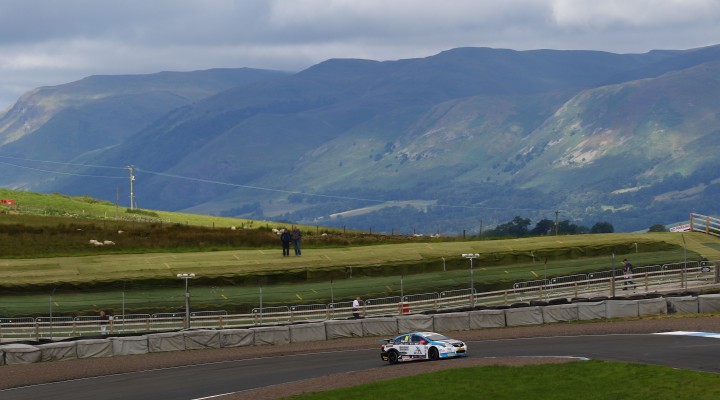 Speedworks Motorsport’s Tom Ingram set the pace during practice at Knockhill, a position he has taken up on a number of occasions at other circuits during the 2016 BTCC season so far.

Ingram’s was positive, yet cautious, when we caught up with the Speedworks man after the session. “I’m really happy,” he said. “The car is strong and we’ve made a few positive changes. The pace is some way off last year’s though so we expect it to be quicker still this afternoon. We need to find a chunk of time – we know where we need to – as we still believe the rear-wheel drive cars will be very fast in qualifying.

“We’ve been saying all year that it’s about the weekend as whole. It’s no good setting the pace in practice if you don’t follow it up in the races, so it’s important we keep improving.”

Such was the competitveness during a fast and frantic final session that the top 24 drivers were covered by less than a second, suggesting we could be heading for the closest qualifying session of the season at the 1.27-mile circuit later this afternoon.

There was a brief stoppage mid-session to retrieve the stricken Proton on Daniel Welch, leaving the Goodestone Racing team hard at work again following the superb job to rebuild the car after a major accident at Snetterton last time out.

The same can be said of Power Maxed Racing, which had the mammoth task of preparing Hunter Abbott’s Chevrolet after the race three startline incident last month. The team has clearly done a magnificent job, with Abbott also showing no lasting effects as he blasted to fourth in the closing seconds of practice at Knockhill.