Newsham back with PMR at Rockingham 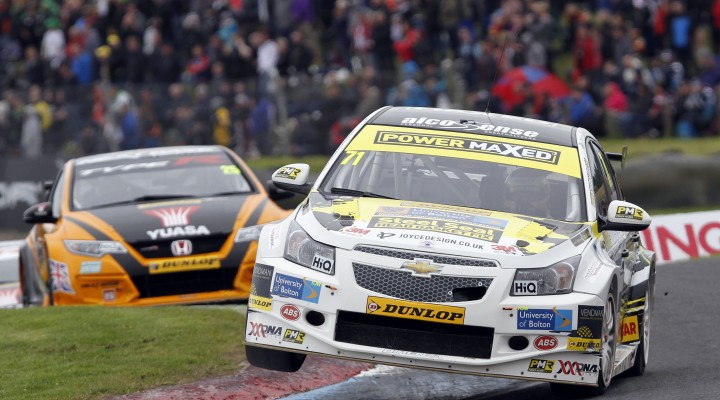 Power Maxed Racing has confirmed that Dave Newsham will return in place of Kelvin Fletcher at Rockingham this weekend (27/28 August) as Fletcher is expecting the birth of his first child.

Newsham will compete in rounds 22, 23 and 24 of the Dunlop MSA British Touring Car Championship at the Midlands circuit, driving Fletcher’s PMR Chevrolet Cruze.

At Knockhill, the Inverness-based racer notched a trio of points finishes after qualifying P10 on his return. A race one finish of seventh was a real highlight – Power Maxed Racing’s highest-placed finish of the season and a first top ten this year.

“The response before I got to the track was overwhelming on social media, and after I arrived, well it went to another level,” said Newsham, speaking after his return to the BTCC on home soil at Knockhill. “I didn’t think anyone would really miss me, but I couldn’t have been more wrong, thankfully. I can’t wait to get back in the car at Rockingham.”

“Longer term, I want to do everything I can to get back to the BTCC. The chance to have another weekend in the championship I love is perfect though we will all be thinking of Kelvin and his partner, awaiting some happy news.”

Adam Weaver, Power Maxed Racing Team Principal said: “We will miss Kelvin at Rockingham, but it is great to work with Dave again. Seeing him perform at Knockhill was a delight and it has helped with yet more development of the car that will benefit Kelvin for the final two rounds.”