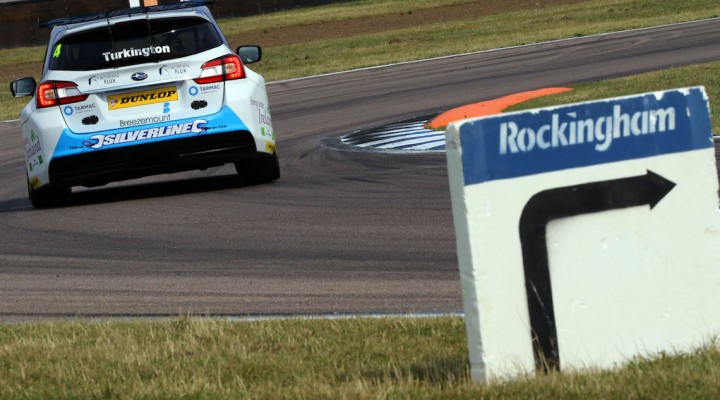 Halfords Yuasa Racing duo Matt Neal and Gordon Shedden following in third and fourth respectively, while championship leader Sam Tordoff found himself 21st – aiming to make up for valuable lost installation and setup time after a trip through the gravel in FP1.

Turkington’s benchmark came early on, and Ingram’s initial efforts saw him in second spot throughout the early throes. The Speedworks Toyota’s berth wasn’t to last, however, as Neal and Shedden set about their qualifying simulation.

Initally, Neal flew into P2, though still three-tenths shy of the Subaru at the top of the time-sheets. His second run brought the gap down to a couple of tenths while team-mate Shedden demoted Ingram another spot to P3.

The Speedworks racer’s final run yielded his best time of the day, though, as he took back what was his from the Hondas, rounding off practice two as he’d finished practice one – second quickest.

Rounding out the top ten was Rob Collard in the Team JCT600 with GardX BMW 125i M Sport. Collard, by his own admission, is not as strong as he would like over a single lap but his practice showing will undoubtedly be a source of encouragement of what may be possible, even with weight on board, come qualifying.

Aside from Turkington’s running, Silverline Subaru BMR Racing’s FP2 did not go as they would have liked. Warren Scott suffered a spin and James Cole a lack of power prompting further investigation. Jason Plato found himself on the receiving end of an oil leak as he clouted kerbs a little too hard, causing his Subaru’s sump to crack on its way back down to earth.

“I made a little mistake at T9,” Plato said. “I caught the kerb on the left. The car jumped towards the exit kerb and landed on the sump, which we’ve broken.

“We’re making good progress though. In FP1 we had lots of understeer which is not unusal given its our first time here. All my understeer is gone now and we’re looking okay. Colin (Turkington) is in the groove and it’s a bit of a shame for me but it was my mistake.”

Tordoff did his best to make hay after missing the majority of the morning’s practice session. He now feels he could well be in for a difficult weekend as a result of beaching his BMW early in the day.

“The car was full of gravel,” Tordoff said. “We set the brake bias up wrong, causing the spin. We had a lot to get into in FP2, lots to do. We’ll sit down and work out what was good or bad at the end of it. We didn’t put fresh tyres on so we’re maybe a little further down than we should be but I think we’re in for a tough one this weekend by the looks of it.”