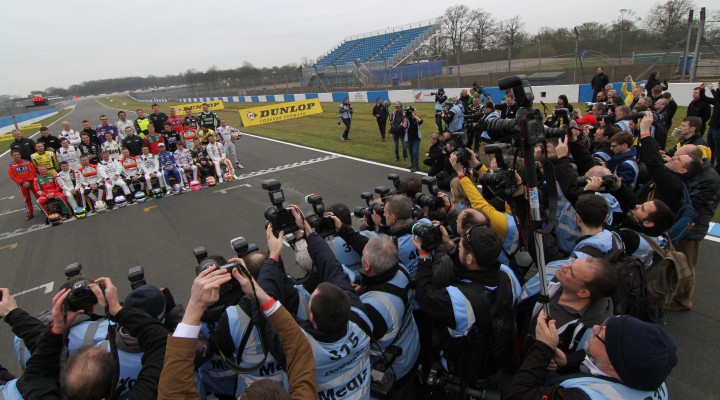 The 2017 Dunlop MSA British Touring Championship Season Launch will take place at Donington Park on 16 March, after an agreement was reached between Britain’s premier motor sport series and the Leicestershire circuit for a fifth successive year.

Traditionally the final entry list is confirmed at the annual event, as well as the hosting of a press conference, TV filming, official photography and driver interviews.

The full ‘class of 2017’ will be introduced to the gathered media in Donington Park’s Paddock Suite, which has provided the perfect backdrop for the event since 2013.

An official four-hour pre-season test will also take place on the day, with fans being welcomed to the venue FREE of charge for their first glimpse of the cars and stars ahead of the new campaign.

This announcement completes the full 2017 BTCC calendar, with the race dates having previously been confirmed in June of this year.

Christopher Tate, Managing Director of Donington Park, said: “Everyone at Donington Park enjoys the annual BTCC Season Launch event, as it really kicks each new race season into gear. We are all proud that this annual launch has found its home at Donington. It’s a reminder also of this circuit’s superb transport connections, allowing the teams and drivers, the officials, the media and of course the public to experience their first taste of BTCC each year.

“The launch provides the first chance to see new cars, drivers, teams and liveries in action. We enjoy planning this event and working with Alan Gow and the TOCA team to ensure the event runs smoothly and leads into a great 2017 race season, for the BTCC and for Donington Park.”