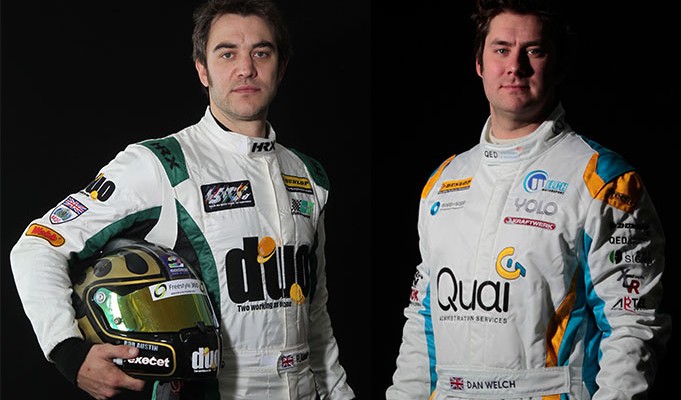 Originally scheduled to take place ahead of the Croft race meeting back in mid-summer – only for the jump to be cancelled due to adverse weather – the BTCC Charity Skydive has been rescheduled and will now be held this Thursday (15 September) as an amuse-bouche before the action resumes at Silverstone this weekend (17/18 September).

Between them, Austin and Welch count almost 300 BTCC race starts and have firmly established themselves as two of the paddock’s most popular characters. Well accustomed to white-knuckle rides in the cut-and-thrust of the UK’s premier motor sport series, the fearless twosome will give full rein to their inner adrenaline junkies in an altogether different way as they jump out of an aeroplane over Hinton-in-the-Hedges Airfield.

“I can’t wait!” enthused Handy Motorsport star Austin. “I was so disappointed when the original skydive was cancelled. I was ready to jump come rain, shine or gale-force winds, so I’m delighted that an alternative has been found. Hopefully all of the championship’s supporters will dig deep and we can raise many pennies for such a deserving cause.”

“When the opportunity arose to take part in the skydive, I didn’t need asking twice,” echoed Goodestone Racing ace Welch. “I’ve always been into high-octane adventures – and they don’t get much more thrilling than leaping out of a plane at 13,000 feet! Let’s see if we can really raise the roof for Macmillan Cancer Support!”

Their aim is to raise £3,000 for Macmillan Cancer Support, the official charity partner of BTCC title sponsor Dunlop. Macmillan offers information, practical advice and support to those diagnosed with cancer and their loved ones before, during and beyond the treatment phase.

There are some 2.5 million people in the UK currently living with cancer, and that figure is set to rise to an alarming four million by 2030, making the work that Macmillan Cancer Support does absolutely essential.

If you’d like to support Rob and Dan in their high-flying fundraising drive, you can do so at: https://www.justgiving.com/fundraising/BTCCSkydive