Morgan mops up in FP1 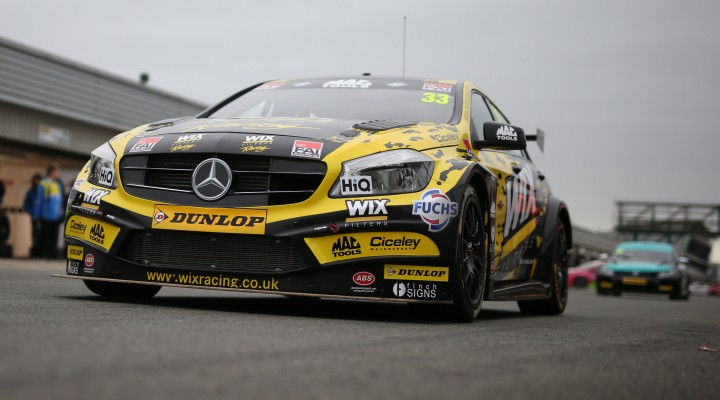 Adam Morgan topped the times in the opening free practice session at Silverstone although damp conditions prevented many of the top runners from completing a representative lap.

The weekend’s action kicked off with drizzle in the air but it quickly turned into a light shower with only a number of drivers having set a time in the best of the conditions.

WIX Racing’s Morgan clocked his lap in the opening minutes and he was quickly followed by a trio of unlikely contenders. Ollie Jackson, Matt Simpson and Stewart Lines all enjoyed impressive runs, ending the session in second, fourth and seventh respectively.

Championship challenger Mat Jackson was third on the timesheets with many expecting the Motorbase Ford Focus to go well around the 1.64-mile National circuit. Jackson has won at Silverstone in three of the last four seasons and a similar success this weekend could cement his title credentials.

Young guns Jake Hill and Tom Ingram wedged their Toyotas between the times of Simpson and Lines, whilst Ashley Sutton MG6 came home in eighth place.

The experienced duo of Rob Austin and Matt Neal completed the top ten order, although with more than ten seconds separating the field it’s clear that times should improve significantly later today.

Dry but cloudy conditions are expected for free practice two and qualifying with the sessions commencing at 12:45 and 15:45 respectively. You can keep up to date with all the action via our LIVE ZONE, while qualifying will also be streamed live via www.itv.com/btcc.