Turkington: ‘I won’t give up the fight’ 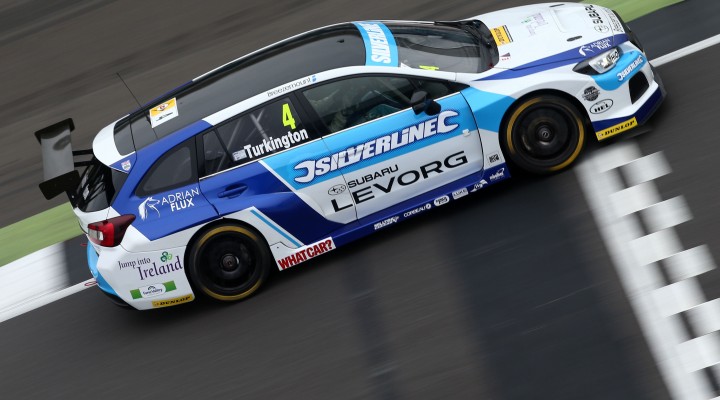 Double champion Colin Turkington heaped praise on his team for this season’s turnaround and has vowed to give it his all this weekend as both he and Silverline Subaru BMR Racing team-mate Jason Plato remain in contention to win the 2016 Dunlop MSA British Touring Car Championship.

The team has enjoyed a fine run of form since its withdrawal on safety grounds from race day at Thruxton back in May, with the 2014 BTCC title winner leading that resurgence. Three victories, starting with top spot at the very next round from Oulton Park have capped eight visits so far to the podium.

With the final three rounds of the campaign still to come this weekend at Brands Hatch, the Irishman’s form has seen him close to within 37 points of standings leader Sam Tordoff, despite a best of only 10th from the first three events on the calendar.

Turkington has been there and done it before, and he knows there’s still time for everything to change come the final chequered flag is waved on Sunday evening.

“I’m aiming to build on what we’ve got and I won’t give up the fight until I’ve crossed the line on the final lap of the final race,” said Turkington.

“Although I’m regarded as an outside contender for the title, it’s still pretty impressive that we are involved in the season showdown.  Even in a ‘normal’ Championship year to arrive at Brands with a shout of the crown is always the goal.

“To achieve that in our first season with the Subaru is a great reward for everyone involved.  We have all worked incredibly hard and put everything into this project.  To be in the Championship fight despite the challenges we faced early on is amazing.

“It was only six months ago at Brands Hatch that my car turned a wheel for the first time so to return there as a Championship contender is an enormous confidence boost.

“Brands GP should suit our car and it’s the track that holds the most special memories for me, having won my first race there and clinched both my championships.”