Tordoff: ‘The pressure’s off’ 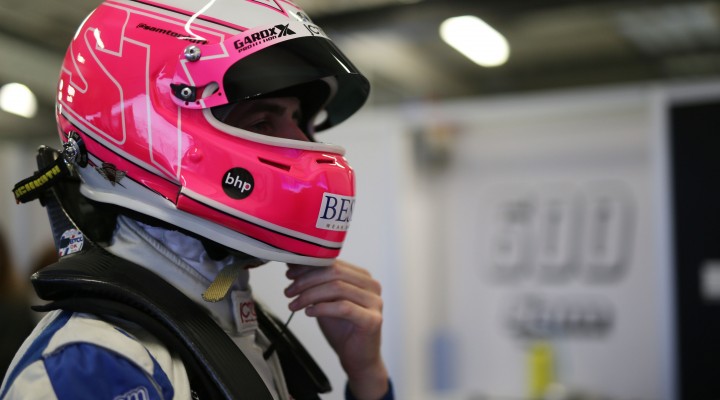 In his fourth full campaign in the Dunlop MSA British Touring Car Championship, West Surrey Racing man Sam Tordoff heads the way in what is his biggest shot at taking the title yet.

A stellar afternoon at Oulton Park in June cemented Tordoff’s championship credentials – a win and two-second place finishes moving the Team JCT600 with GardX driver to the summit. That Cheshire weekend has since proved to be one of the most impressive individual drives of the season.

He has headed the standings at the end of every weekend since, barring post-Snetterton, where team-mate Rob Collard briefly usurped his lead by three points. A Knockhill race weekend later and Tordoff left Scotland back on top.

The Yorkshireman’s trip to Rockingham started in the worst possible fashion, however, beaching his BMW 125i M Sport in practice and suffering more trouble in qualifying, meaning he was way back on the race one grid. After the setbacks, Tordoff produced the goods, battling from 28th in the opening race to scythe through the field and win by the time the chequered flag fell on race two – signalling his title intent, as if he hadn’t done so already this year.

Silverstone was to be a poor weekend, relatively speaking, for the standings leader with just two 11th placed finishes and a 6th. Despite this, the other challengers failed to capitalise, leaving him with an 11-point lead, extended by some six points – ‘ridiculous’ was the word used by the man himself at how things had panned out for him in the championship shakeup leaving Northamptonshire.

Heading to the Brands Hatch finale leading the way is a position the BMW man has not been in before. Even with five champions hot on his heels, Tordoff is insistent that the pressure is firmly on the chasing pack.

“To come away from Silverstone having extended our lead from five points to 11 was quite frankly ridiculous!” said Tordoff. “For me, the pressure is off as nobody expected this at the start of the year. I’ve been picking points up as we’ve gone along and just seeing how we go from there.

“There are seven or eight guys who keep taking points off each other out there as well as off of me, so we’ll see what happens. Regarding the competition, Honda has been up there for many years as the benchmark. I think the biggest threat comes from them – they’re experienced guys who have been there and done it. My team-mate’s there in the mirrors too, and you can never discount the Fords.

“It could be difficult at Brands with the ballast – it’s undulating, so we have to be wary. There are a lot of corners and stop-starts, though, which should suit the BMW.

“It’s been a strange two weeks in the meantime. I’ve tried to keep myself sharp with BMW, and Brands Hatch GP is my favourite circuit. I’m looking forward to it. I’ll arrive there having approached the weekend the same as I’ve approached every other this season.

“I’ve prepped, done the simulator work and if I have to walk the track three times on Friday then I’ll do it. Hopefully we’ll qualify well, which will be really important, and we’ll just go from there.

“I had a set of targets for the season and we’ve surpassed all of them, so whatever happens now is a bonus. Having said that, I’ve led the championship for half the season so of course it would be a disappointment not to convert it into a title, both for myself and WSR, who have worked incredibly hard to give me a fantastic car.”