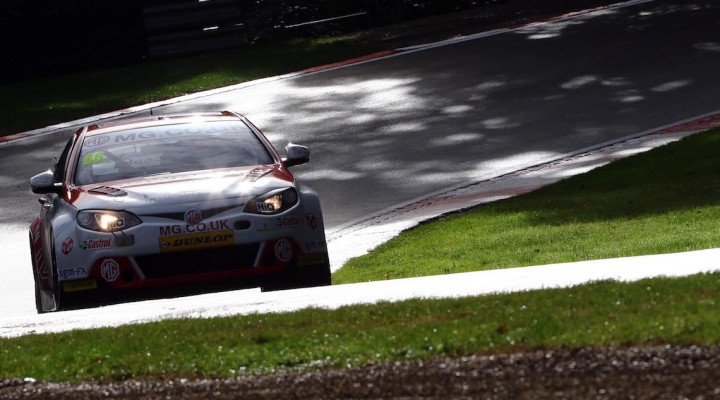 It was almost a carbon copy of FP1 in every sense as conditions improved throughout the 40-minutes of running.

Three red flags halted proceedings as Matt Simpson went off twice while Stewart Lines slide into the gravel at Paddock Hill Bend brought about the final stoppage. This set-up a three-minute dash to the chequered flag, which Cook again timed to perfection, proving the pace of the MG6 in greasy conditions.

The time was still some three seconds slower than this morning’s effort, but with the weather forecast remaining unclear for this afternoon’s qualifying session it would suggest that Cook’s ballast-free MG6 is likely to feature.

“Being just free practice, P1 doesn’t count for that much at this stage and I’m not reading a great deal into it, but of course it’s always nice to be quickest,” he said. “The Triple Eight boys have done a really good job with the MG6 and we have a decent baseline. I’m happy with how we improved over the two sessions, although we still have a little bit of work to do in terms of consistency. Qualifying will be a completely different scenario, but the target has to be the front row of the grid.”

The Ford Focus, Honda Civic Type R and Toyota Avensis were other cars expected to go well on the greasy surface, and so it proved as Mat Jackson, Gordon Shedden and Tom Ingram followed in the timesheets.

Aron Smith, who became the 12th different winner this season at Rockingham, was fifth in the order while Ash Sutton confirmed MG’s pace with a top six finish.