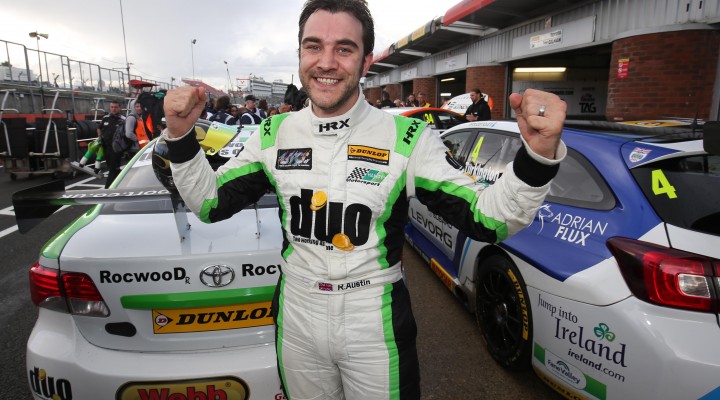 Well that’s it, the 2016 Dunlop MSA British Touring Car Championship is now over. Congratulations to our champion Gordon Shedden, a worthy victor, and commiserations to Sam Tordoff who had led the championship for so long only to lose it during the final race of the season. I have to say, I admire how Sam handled himself throughout, I’m really not sure I could have been so composed in his situation.

For us, the final round was a continuation of our consistent progress since the midseason Dunlop tyre test. There’s more to come, and I believe our performances since that test have served as a sign of our potential for 2017.

After qualifying sixth at Silverstone and knowing the step we had made in race three there, we felt we should be in a position to challenge for pole position at Brands Hatch. Unfortunately, a dry-wet-dry session meant that it was all about the last lap and on mine, I came across traffic.

Fortunately, our fastest time came two laps prior, when the track was considerably damper but it still good enough for second on the grid. It was Handy Motorsport’s best- ever qualifying session and we were all very pleased. I knew, however, that pole position was possible and as a driver nothing other than winning is good enough. So although I was happy, there was also an element of frustration.