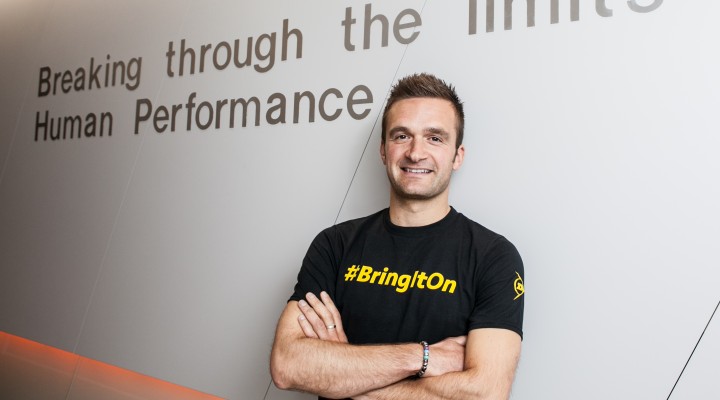 Elite athletes’ memories perform 20% better than average under intense psychological pressure according to a study commissioned by Dunlop Tyres in conjunction with University College London.  The study included Isle of Man TT legend John McGuinness, double BTCC Champion Colin Turkington and ELMS racer Oli Webb and revealed that the elite athletes’ superior memory allowed them to stay in control even during tests which artificially invoked stress and anxiety within the brain.

The series of tests devised by Professor Vincent Walsh (University College London’s Institute of Cognitive Neuroscience), showed that elite athletes are largely unphased when put under stressful situations, and performed significantly better when compared with non-athletes.

The study also showed that athletes’ brains were 10% quicker than non-athletes and actually improved their memory accuracy by 20% more than the non-athletes in a response to challenging and intense emotions.

The tests were conducted to test the hypothesis that the mindset of elite athletes are able to handle intense situations and emotions better than non-athletes and stay in control in high risk situations. Alongside the three Dunlop-shod racers were big wave surfer Andrew Cotton, British Champion downhill skater Peter Connolly, and experienced climber Louis Parkinson.

University College London’s Professor Vincent Walsh commented: “These elite athletes perform tasks that many of us could never comprehend but what is fascinating is their mindset when tackling such challenges. When some decisions can be the difference between success and failure, it is perhaps unsurprising that the study showed that athletes were consistently several seconds faster when performing their tasks. A few seconds or a few percent may not sound much but this is a long time in sport and is the difference between winning and losing.

The scientific test used to measure the athlete’s performance was the International Affective Picture System (IAPS). The IAPS is a database of pictures which can’t be found on the Internet, ranging from everyday objects and scenes, to extremely rare images, which have been proven to have different effects on the brain and can be used to artificially invoke feelings of stress.

“The athletes were more accurate overall in their memory tasks following exposure to negative stimuli whereas the non-athletes were disturbed by the stimuli. In some cases, the non-athletes’ performance fell apart in terms of speed of memory when put in difficult and intense situations. Conversely, the athlete’s responses often improved. A lot of this makes sense, in particular in the case of rock-climbing or motor racing, where the athletes are conditioned to negate dangerous situations and need to make split second decisions,” stated Professor Walsh.

Dunlop Tyres PR & Corporate Communications Manager, Kate Rock, said: “Understanding how athletes perform when the stakes are so high and under so much pressure was incredibly fascinating. From rock climbing, car racing, big wave surfing or motorcycle racing, these athletes often have to stay in control of their natural fears to achieve their goals. This is as much about a mindset as well as their physical attributes and this is what the Dunlop Mindset is all about.”

To view the video of the Dunlop Mindset Campaign click here: People can challenge their own mental performance through one of the cognitive tests developed by Dunlop and UCL here: http://www.facebook.com/dunlop.uk