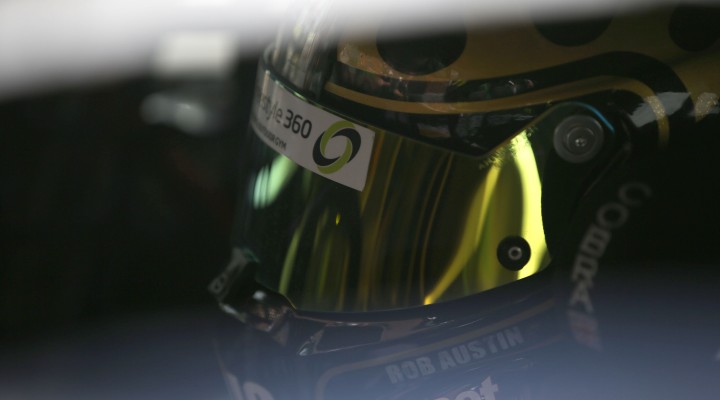 Off the back of his maiden season with Handy Motorsport in the BTCC where he notched two podium finishes, Austin will get back behind the wheel of rear-wheel-drive machinery having spent a number of years racing an Audi A4 in Britain’s premier series.

Making his first foray into the ultra-competitive cauldron which is Legends racing, Austin is looking forward to getting to grips with the rapid machinery over the six races that are scheduled to take place.

Austin told Motorsport News’ Matt James: “It will be a one-off, but I love the look of the racing and the locked rear differential on the cars should make it really good run – the cars are sideways all over the place.

“It will be great to get back into a rear-wheel-drive car again like the Audi was; I have definitely missed that. I will have to start all of the races from the back because I am a newcomer to the championship, but that is OK – I got pretty used to starting near the back this season, so overtaking shouldn’t be a problem!”

Handy Motorsport Team Principal Simon Belcher, who is the UK importer for Legends Cars, added: “Legends Cars is a great formula. It is very similar to BTCC in terms of the excitement and overtaking and they often run three-abreast around the track, so Rob is going to have some great fun like me and Dave Newsham have in the past.”

As it stands heading into the final meeting of the UK Legends season, the title is yet to be decided with both John Mickel and Conor Mills in contention for championship glory.