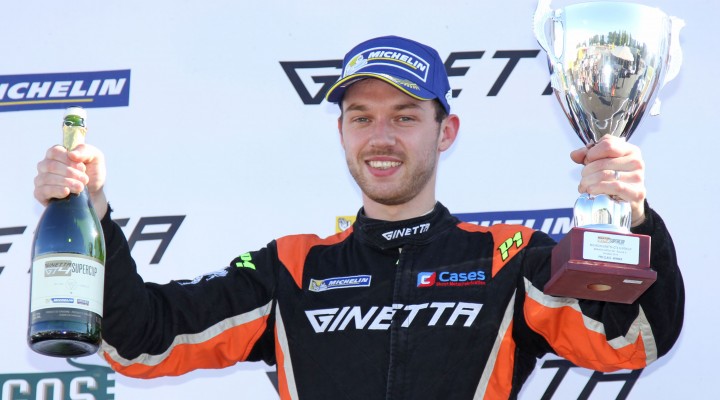 Will Burns will become the latest rookie on the grid for the 2017 Dunlop MSA British Touring Car Championship having put pen to paper with Team HARD.

The 2016 Michelin Ginetta GT4 Supercup runner-up is to compete in one of the team’s newly-acquired trio of Volkswagen CC’s – a car with an undoubted track record of success in recent seasons.

Burns will make the step up to the BTCC following perhaps the most successful of five seasons in the single-make Ginetta competition. The Western-super-Mare racer finished runner-up, taking the championship challenge right down to the wire in 2016, taking 17 podiums and three race wins – bringing him to the attention of Team HARD Team Principal, Tony Gilham.

A test at Snetterton in the outfit’s Toyota Avensis – a first for Burns in BTCC machinery – back in October left Gilham suitably impressed.

“We have been talking to Will and his family for a few months now and have already formed a great relationship,” said Gilham. “We share the same drive and ambition and Will is an amazing up-and-coming talent.

“We are genuinely excited about 2017 for a number of reasons and that includes the potential that Will has shown in the last few years and in his first ever taste of front-wheel drive machinery at the recent Snetterton test.

“The capabilities of the Volkswagen Passat CC have been known to us for a few years now having originally introduced them to the grid in 2013. We’ve seen its progress and it’s had great success over the years as a proven race-winning car.

‘We’ve every confidence that we have a very competitive package for the year ahead and look forward to working with Will both on and off track as he continues his development and rise to the very top.”

A seat in the BTCC is something of a childhood dream come true for the 26-year-old, who is well aware of just how much of a leap is required to compete in Britain’s top-line championship.

“I am absolutely delighted to be stepping up to the British Touring Car Championship,” said Burns.

“I’ve watched the BTCC since I was a child, and when I started racing back in 2011 I could have never imagined I’d be on the grid.

“I’m under no illusions as to the size of the challenge ahead. It’s the pinnacle of British motorsport and it’s going to be a steep learning curve for me, but I really can’t wait to get the season started at Brands Hatch in April.”

The competitiveness that should be exuded by the Volkswagen package is something highlighted by the new recruit, as well as by his new Team Principal.

“I’m excited to be part of Team HARD’s plans for the 2017 season. I really enjoyed my first test with them last month and they are a really talented, professional team – it’s going to be great to work with them next season.

“The Passat CC is a proven race-winning car in the series and I’m confident that we will have a strong package heading into next season. I’m looking forward to getting to grips with the new car as soon as possible.

“Thank you to all my sponsors for their continued support, to Tony Gilham and Team HARD for the opportunity, and also to Douglas Motorsport and Ginetta for giving me the platform to show what I could do this year, which helped me get to this exciting next stage of my career.”