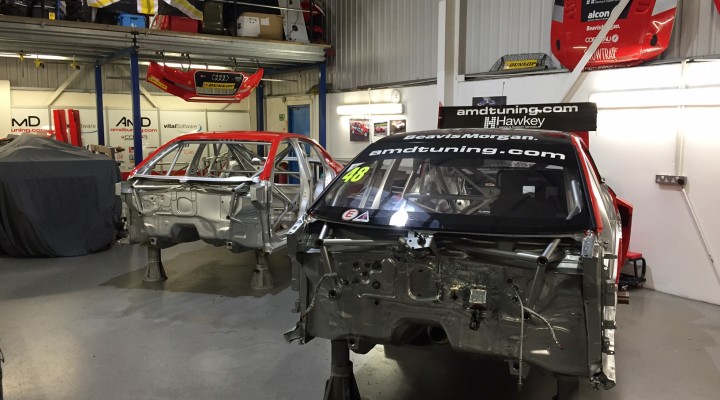 The AmDTuning.com team will expand to a two-car team for the 2017 Dunlop MSA British Touring Car Championship season after being granted an additional TOCA BTCC Licence (TBL) for next year.

The West Thurrock-based team recently agreed terms on a deal to acquire a second TBL, with that agreement being subject to confirmation by series organisers.

Having seen the deal ratified by championship bosses, work has now started on the build of a second Audi S3 that will be entered into the championship alongside the car of Ollie Jackson, who was confirmed in the first seat last month. Both cars will be fitted with the latest specification of RML control parts.

Talks with potential drivers are already well underway and include previous winners in the championship, with an announcement on who will partner Ollie to be made in due course.

“We made no secret of our desire to run a second car next year and are delighted that we’ve been able to conclude a deal to acquire the TBL that we needed,” team boss Shaun Hollamby said.

“As ever at this time of year, there was a lot of interest in people who wanted to run additional cars and the fact that there will be a second Audi for the full season is an indication of our desire to take our BTCC programme to the next level.

“Having already agreed a deal to re-sign Ollie last month, we’ve had a lot of interest in the second seat and are in talks with several drivers about joining us for 2017.

“Given the calibre of the those drivers and the fact that we have a very competitive package in the Audi, we are confident that we’ll be able to field a driver pairing that will give us the best possible opportunity to build on the progress we made throughout 2016.

“Alongside our new sportscar programme, there is no doubt that 2017 will be the biggest season to date for AmDTuning.com as a team, and everyone involved with the programme can’t wait to get started.”