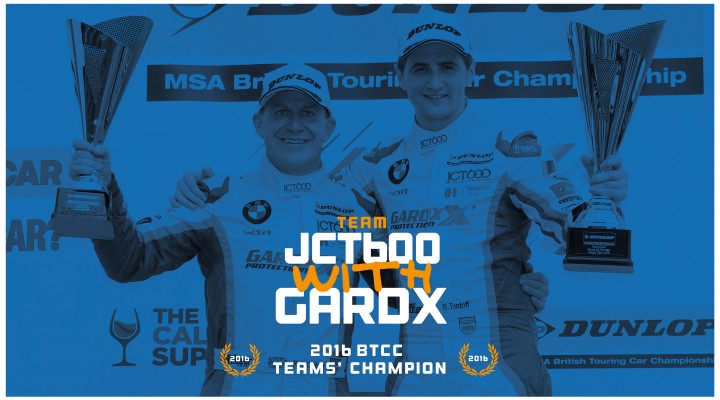 The West Surrey Racing backed squad long held the championship lead ahead of closest rivals Halfords Yuasa Racing, with Sam Tordoff following suit in his lead of the Drivers’ standings.

Both Tordoff and team-mate Rob Collard went to the Brands Hatch finale weekend in with a chance of Drivers’ honours on top of both Manufacturers’/Constructors and Teams’ titles but it wasn’t to be – two out of three would have to do.

“While I was obviously gutted to lead the championship for most of the season and then miss out on the Drivers’ title by two points…” said Tordoff.

“I’m still incredibly proud of myself, of the job done by everyone at WSR and the support we had from BMW, JCT600 and GardX all season.

“We finished up as Constructors’ and Teams’ champions and honestly, I couldn’t have asked for much more.”

Collard added: “Two out of three isn’t bad and I’m very proud to have been a part of a team that’s won the Teams’ and Constructors’ titles this year.”

The HiQ Teams’ Trophy made it two honours for WSR, in no small part down to the efforts of Team JCT600 with GardX pair Tordoff and Collard throughout 2016 – a fine way to celebrate the Manufacturer’s 20th anniversary in the BTCC.

Team Principal Dick Bennetts said of a successful campaign for his charges: “I’m really happy for everyone at WSR that we’re celebrating the Manufacturers’/Constructors’ title and have to say a big thank you JCT600, GardX, IHG® Rewards Club and BMW UK for the support they gave us this past year on our way to the Teams’ title.”

“Motor racing is a real team effort and it was a deserving reward for a fantastic group of people. Sam raised his level considerably this year, despite unfortunately not managing to clinch the Drivers’ title and so did Rob. We’re determined to bounce back even stronger in 2017.”