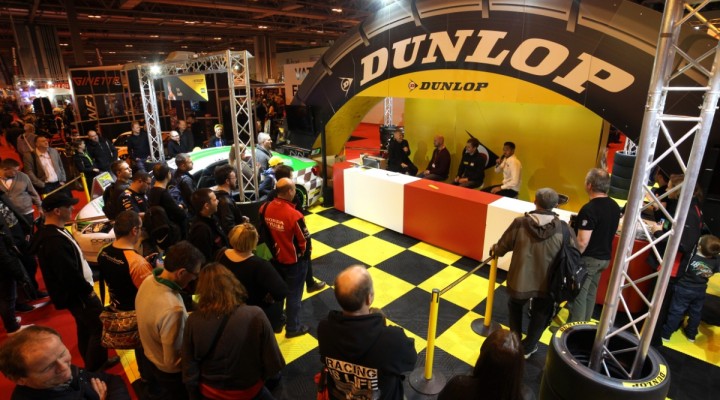 A flurry of announcements, unveilings and driver appearances will ensure the Dunlop MSA British Touring Car Championship is the talk of the town next week, as the NEC’s Autosport International (12-15 January) kick-starts the 2017 motor sport campaign.

The Dunlop BTCC stand has firmly established itself in recent years as one of the most popular at the show, drawing industry professionals, media and fans alike over the four-day duration. A new, stand for 2017 underscores the championship’s burgeoning success, with cars from West Surrey Racing, Motorbase Performance, Handy Motorsport and AmDTuning.com set to take pride of place.

Thursday morning will witness livery unveilings by Andrew Jordan – who will remove the wraps from his new Pirtek-branded BMW 125i M Sport – and AmD, while Motorbase is set to reveal the identity of the driver who will pilot the second of its three striking Shredded Wheat-backed Ford Focuses.

These will be complemented by interviews with a whole host of BTCC drivers, key team personnel and leading figures from the championship and its partners – including series boss Alan Gow, Dunlop’s James Bailey and ITV stars – as well as regular autograph and selfie sessions, all hosted by our own incomparable compere Alan Hyde.

Defending title-holder Gordon Shedden will be performing various duties around the show across all four days, including interviews on the main stage and Dunlop BTCC stand in company with fellow champions Colin Turkington, Matt Neal and Andrew Jordan.

A full timetable of activities on the Dunlop BTCC stand will be published in due course, while there will be further car unveilings by Halfords Yuasa Racing on the Rimstock stand and Simpson Racing on the Simpson Exhausts stand on Thursday morning.

The Dunlop BTCC stand can be found in Hall 6, so be sure to drop by to say hello if you’re attending the show!