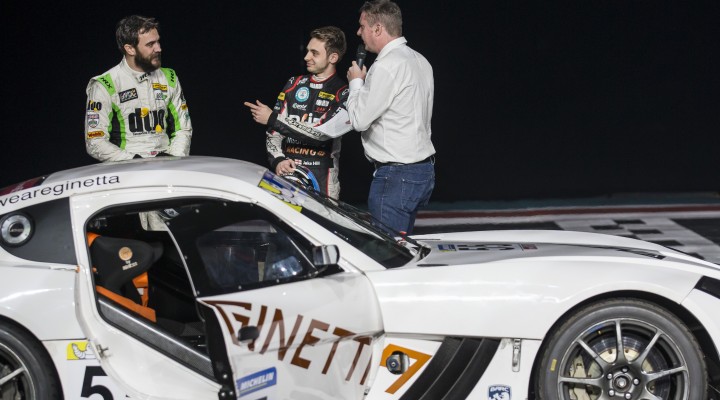 A strong selection of drivers were paired head-to-head in a Ginetta GT Supercup car as part of the hour-long show, held in front of thousands of fans. Of course, what was intended as a light-hearted contest would never truly prove to be so with a line-up full of ultra-competitive BTCC racers…

Austin, who will once again step into Handy’s Toyota Avensis this season, set the quickest time on the very last outing around the two-lap course on Sunday evening – pipping the rest to the post right at the end of the weekend’s action.

“I am certainly counting this as a victory – my first of the season,” said Austin. “I am a bit disappointed that I didn’t get a trophy though. Hopefully they will come later in the year!”