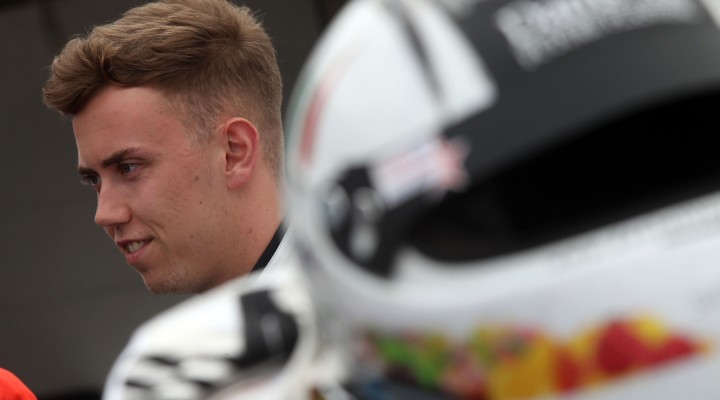 The Huddersfield driver made a spectacular addition to the BTCC grid during his three appearances in 2016 – qualifying on the front row at Croft and Oulton Park in the Eurotech Racing Honda Civic Type R – and the Yorkshireman is now looking forward to getting the wheel of the multiple race-winning MG6.

“I’m absolutely over the moon to have secured a seat with the MG RCIB Insurance Racing team for this season,” said Lloyd. “I loved competing in the BTCC last year and to have the chance to step up and join the MG factory team this season is a fantastic opportunity.

“It feels almost like a home-coming,” added Lloyd. “I made my BTCC debut with Triple Eight back in 2010 and also raced against Aron [Smith] in the Renault UK Clio Cup, so it’s come back full circle. Aron is obviously a very quick driver and has a lot of experience in the BTCC so I’m sure there’s a lot I can pick up from him along the way.”

Having worked his way through the ranks of the TOCA support package, Lloyd has built up a loyal base of sponsors and business partners over the years – helping him to achieve his ambition of securing a factory-backed seat in the one of the leading teams on the BTCC grid.

“The last couple of years have been quite tough, moving around different series and championships, so I’m delighted to have a full season campaign ahead of me. The BTCC is by far the highest profile racing series in the UK and I’ve worked incredibly hard to get back on the grid this year.

“I have to say a big thank you to all of my sponsors who have helped me to get to this point,” continued Lloyd. “There’s still a lot of work going on behind the scenes and we’re working hard on bringing new partners on-board for this season and hopefully beyond.”

With live coverage of each of the championship’s 10 events featured on ITV4, ITV4HD and ITV.com, the BTCC is the perfect platform for companies looking for engaging ways to introduce brands to a wider audience.

“It’s a massive championship, the biggest in the UK by far with live ITV coverage at every round,” explains Lloyd. “The huge crowds of over 40,000 fans it attracts are fantastic and behind the scenes access all come together to make the BTCC something really special to be a part of.”