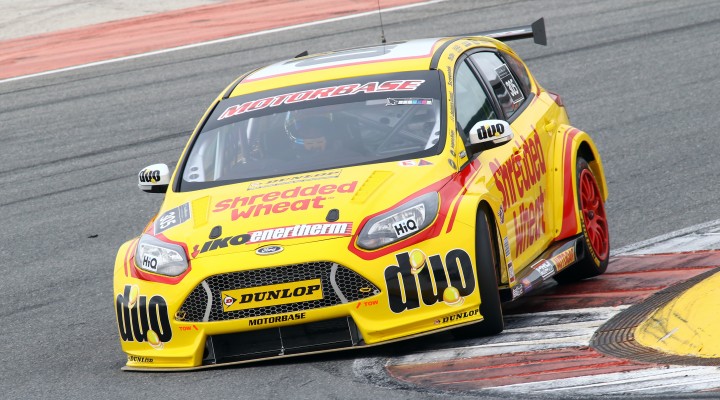 Pre-season preparation ahead of the 2017 Dunlop MSA British Touring Car Championship is in full swing, with several teams heading out to warmer climes this week for the first major group test of the year.

Motorbase Performance has migrated to Portugal’s Algarve International circuit as it ramps up development and fine-tuning of its newly-liveried Ford Focus ST. New signing Luke Davenport took the reigns yesterday and will continue alongside Mat Jackson and Martin Depper for the remainder.

Joining them for the three-day test at the 2.9-mile FIA-homologated circuit was Speedworks Motorsport and driver Tom Ingram, which showed off its face-lifted Toyota Avensis in interim camouflage colours ahead of a full livery unveiling at Season Launch, 16 March.

A further four outfits made the trip to Spain’s Parcmotor Castellolí for a week-long test, with Eurotech Racing among them – both Jeff Smith and Eurotech new-boy Jack Goff are in attendance. The squad completed solid programmes at both Oulton Park and Snetterton last week as it opened its pre-season account, with positive feedback emanating from the camp in the aftermath.

Also in Catalonia for warm-weather running; Team Dynamics’ Gordon Shedden and Matt Neal embarked on their longest run out in the championship-winning Honda Civic Type R so far this pre-season. Both cars were on track on Tuesday morning as the outfit sets about building on what has been an ultra-successful platform in its hands.

Furthermore Team BMW, with its trio of 125i M Sports run by West Surrey Racing, hit the tarmac yesterday in the Spanish sun with Rob Collard and Andrew Jordan at the wheel. Colin Turkington joined Jordan on Tuesday as running continued.

Each outfit is working feverishly through peak pre-season as sights are set on completing their respective programmes with just two weeks to go ahead of the official Season Launch on 16 March.

Next week, the schedule is set to be a busy one again as teams return from group testing and reconvene at various domestic venues to gain more crucial development time on track as the season approaches.