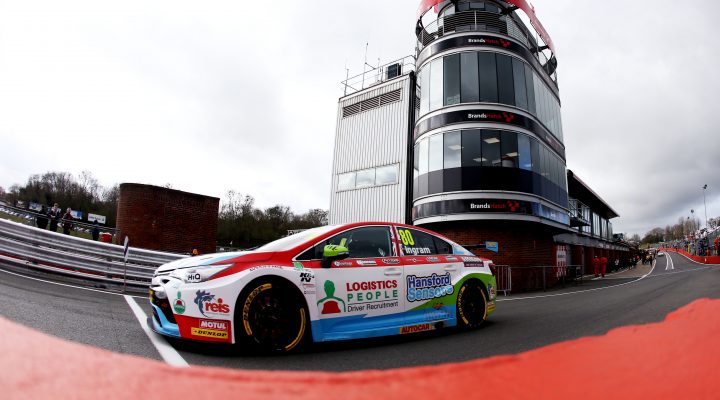 The young Toyota driver was fastest during official pre-season testing at Donington Park recently, and the pace of his newly facelifted Avensis has been further proven around the 1.27-mile Indy Circuit. Ingram’s form at the Kent venue is of little surprise as the 23-year-old scored his first BTCC pole position and race victory here in 2016.

“We’ve got more time to find, but it’s always good to be at the top of the timesheets,” said Ingram.

Ingram’s lap was clocked early in the session, whilst the BMW trio showed their hand towards the end of the 40-minutes. Rob Collard took second ahead of stablemate Andrew Jordan, whilst WSR returnee Colin Turkington claimed sixth. Among the BMWs were the Mercedes of Adam Morgan and Honda of Gordon Shedden in fourth and fifth respectively.

Four different teams completed the top ten positions as Subaru new boy Ashley Sutton grabbed seventh ahead of Eurotech’s Jack Goff. MG manufacturer driver Aron Taylor-Smith was ninth ahead of Handy Motorsport’s Rob Austin. The Toyota of Austin was also in the wars after mid-session contact with the Vauxhall Astra of Tom Chilton, although both continued with only superficial damage to their bodywork.

The session was stopped briefly to retrieve the car of Aiden Moffat after an issue sent his car spiralling into the Clearways gravel, with no blame apportioned to the young Scottish driver.

An incredible 26 cars were seperated by less than a second, suggesting we are in for a nail-biting FP2 and qualifying session later today.