Jack Goff jumps to the top of the order 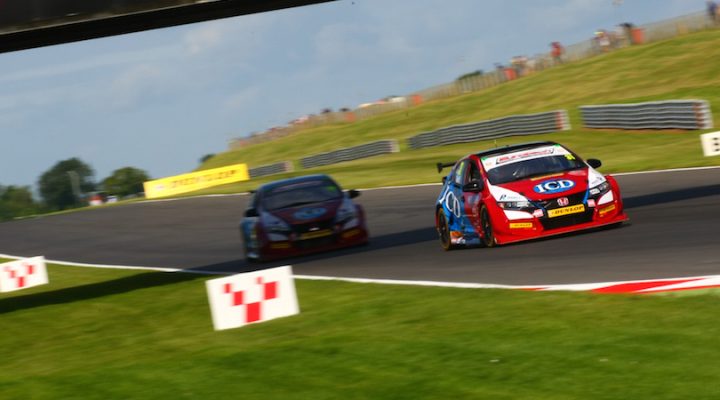 The pace was some way off this morning’s running with a number of teams focussing on set-up and the long-term picture , but it was still a hugely impressive effort from the lead trio.

“It seems to be going okay so far,” confirmed Goff. “Free Practice is as it is, so it means nothing really until qualifying unfortunately. We’ve definitely got more time in our car, so that’s promising and we’re hopeful – it’s nowhere near perfect yet. The boys are, I’m sure, going to do a fantastic job again ahead of quali and find a few more tenths in the car to see where it’ll leave us this afternoon.”

Price’s Subaru is sporting new colours this weekend as he runs under the A-Plan Academy banner for the remainder of the season, and the off-track boost has seemingly been converted on-track too. Languishing down in 26th during the opening session, the young rookie completed a stunning lap to take second in final practice – his best result in any BTCC session so far.

Ciceley Motorsport’s Adam Morgan led the way for much of the proceedings, before having to settle for third, but the Mercedes A-Class has shown extremely well so far in Norfolk.

This morning’s pace-setters – Tom Ingram and Ash Sutton – backed up their potential by taking fourth and fifth respectively, whilst Rob Austin completed the top six. Handy Motorsport’s Austin has qualified well throughout the year and he currently holds more the double the points at this stage of the season than he did last year. Besides the overall championship picture, Austin currently lies just three points behind the sister Toyota of Ingram in the Independent Drivers’ standings.

Four different marques rounded out the top ten as Josh Cook (MG), Mat Jackson (Ford), Aiden Moffat (Mercedes) and Matt Neal (Honda) all enjoyed solid runs ahead of this aftenoon’s all-important qualifying session, which you can see live at www.itv.com/btcc from 15:45.

There was one brief stoppage in the session when Matt Simpson went off and damaged the left hand side of his car, although the man himself confirmed to btcc.net that it was ‘relatively minor damage’ and he would fine to contest qualifying.