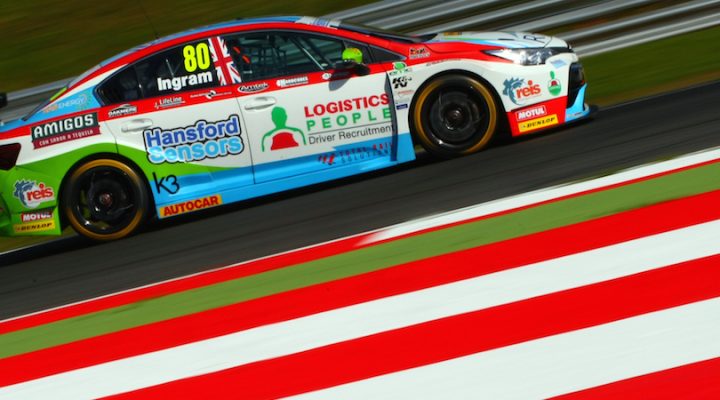 The series returns to action this weekend after its traditional mid-season break and it seems that Ingram is refreshed and ready to go. The 26-year-old made a blistering start to the campaign – leading the standings after the third event at Thruxton in May – but his challenge rather unravelled at both Oulton Park and Croft thereafter. His driving ability and potent Toyota Avensis has never been in doubt, however, so it will come as little surprise to see the multiple BTCC race-winner competing at the front again this weekend.

Ash Sutton led the way for much of the FP1 running, backing up his pace-setting efforts in the recent two-day test at the Norfolk circuit, but the Subaru star eventually had to settle for second after Ingram’s 1:56.003s lap time.

Ciceley Motorsport enjoyed a good solid session with Adam Morgan bringing his Mercedes A-Class home in third place, ahead of the BMW duo of Andrew Jordan and Colin Turkington.

Jack Goff and Rob Austin left it late to set their best times in the session, with the former getting the better of the battle by just 0.002s – the Eurotech Racing and Handy Motorsport drivers ending up sixth and seventh respectively.

There were some surprise packages in the lower end of the top ten with Chris Smiley, James Cole and Ollie Jackson completing the order. All 31 cars were out on track during the 40 minutes of running.

The second practice session takes place at 1210, whilst qualifying for Round 16 of the 2017 Dunlop MSA British Touring Car Championship is scheduled for 1550. You can keep up to date with the action via our LIVE commentary and timing service here, whilst ITV will bring you live and exclusive coverage of qualifying over at www.itv.com/btcc.